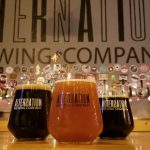 My last brewventure of 2018 took me down to South Broadway with two of my beer-loving favorites! Having spent little time in this eclectic and hip neighborhood, I was excited to dive right in and check out as many breweries and as much of the beer we could. Stop #1: Alternation Brewing Company (www.alternationbrewing.com). After trying their famed For the Animals—Oreo (milk stout) at the Great American Beer Festival, I knew this was a brewery I had to make my way to. The taproom is strung with lights and has plenty of cozy natural wood. The bartender offered up friendly conversation as we browsed... Read More

14 Reasons Why RiNo Needs To Be Your Next Beer Destination 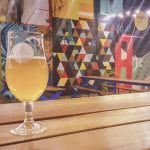 Few neighborhoods in the Denver-Metro have experienced as much growth in the past 10 years as River North (referred to as RiNo from here on) and Five Points. With that growth, an onslaught of businesses have made this trendy area home; an uncanny number being breweries! Here’s the 14 reasons why RiNo and Five Points NEED to be your next brewventure destination! 10 Barrel Brewing Company (10barrel.com): 10 Barrel Brewing Company has a wonderful space off Walnut Street. Their roof-top patio is a great summer (or post Rockies game) destination and their unique plays on pub food will leave you wanting... Read More 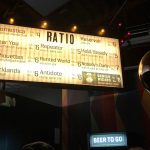 If you haven’t visited Ratio Beerworks yet, then I’d be bold to claim you haven’t really experienced the true Denver beer scene. Though not the only brewery inspired by music (for our resident heavy metal brewery, there’s Trve), Ratio is Denver’s own punk rock brewery, located in the heart of the RiNo arts district on Larimer Street in Five Points. The idea is 90’s DIY, stemming from the founders’ own backgrounds in the music scene, carries through in everything from the names of the beers to the constant events. Events like comedy nights, quiz shows, and of course, a ton of... Read More

Faces of Denver – Geeks who Drink 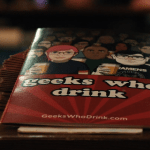 Joyride Brewing and a Little Sip of History 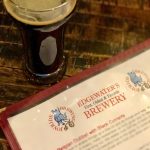 On a busy corner of Sheridan Blvd with views of Sloan’s Lake lives a neat little brewery rooted in some interesting history. This side of Sheridan is technically the city of Edgewater; a bright-lighted arch welcomes you to this quaint sandwiched suburb, a literal stone’s throw from Denver proper across the street. In recent months, developers have sought to build up the Sloan’s Lake area into another hot Denver neighborhood, with the ever-popular Highlands and Lo-Hi areas bordering all the other sides of the lake. The businesses of Edgewater only serve to benefit from this potential... Read More

Brewery Rickoli: Where Everybody Knows Your Name 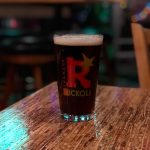 In the quiet suburb of Wheatridge off 44th and Wadsworth, lives a brewery that embodies the bordering community: laid back, friendly, unpretentious, and true to itself. Wheatridge is unlike the other surrounding suburbs of Denver; there are no large plots of track developments, in fact, no construction at all (talk about a breath of fresh air!). You won’t find a Chili’s or Olive Garden; it is as if someone cast the city in a time-freezing protection bubble and somehow, all the mom-and-pop establishments operating for the past thirty years are still thriving, nestled in still-full... Read More 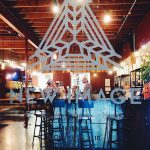 New Image Brewing has caught my eye for a while now, with nothing more than their sleek, classy branding on well distributed cans throughout local shops around the greater Denver area. Their product is always a solid choice, and bringing a six pack of New Image beer to a get together as my kind contribution has been a choice I’ve made more than once, the beer itself never disappointing. Which is why I was pleasantly surprised to learn after my first visit to their taproom in Olde Town Arvada recently, that their passion and purpose expands beyond the borders of a craft beer and just another... Read More 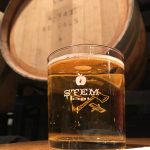 I’ll be totally transparent and begin by mentioning up front that Stem Ciders is my favorite tap room in Denver. Since 2014, Stem changed the way I thought about cider, and has never stopped impressing me since. Whether you are already a cider fan, are cider-phobic, or have never tasted cider other than from a bottle out of a variety pack from the liquor store, you owe it to yourself to visit Stem. Located in the heart of RiNo, Stem Ciders opened its doors right before the RiNo arts district boom, and in the past (nearly four) years now, they have seen a lot of changes. Fortunately for... Read More 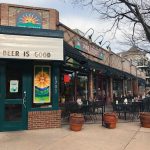 Twenty-four years ago, in October of 1993, before any of us tasted beer beyond the Coors-breath kisses of our dad’s, Mountain Sun Brewery opened its doors in Boulder, Colorado. Another location–Southern Sun–opened nearly a decade later in South Boulder, and then, even later, in 2008, Vine Street Pub opened its doors in Denver, near City Park. Representing uptown, Vine Street is one of the originals: it has certainly stood the test of time through our city’s great craft beer boom, and persevered through a tumbling economy, before a brewery popped up at any and every corner... Read More 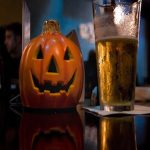 It’s Halloween Weekend in Denver, and it is no surprise that we have a number of choices when combining our holiday festivities and costumes with beer drinking. There are even quite a few spots that build in events for the kiddos. Where will you be this weekend?   Caution Brewing’s Hallowbeer Bash: Friday, Oct. 27th @ 7pm-10pm All-night giveaways, Halloween classics on a projector screen, and a limited $12 keep-the-glass deal will keep you satisfied all evening at Caution Brewing in Lakewood. Spangalang Brewery’s Spooky Mystery Party: Friday, Oct. 27th @6pm-8pm Denver... Read More