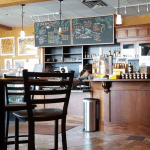 I love myself a good coffee to start the day. A good coffee shop has got to have great coffee, a nice selection, and a cute atmosphere! Luckily if you’re in Westminster, these have got all three! They are cute, fun coffee shops that you’ll want to check out pronto.   1.Navah Coffee House This place is just overall CUTE. I love the decor and atmosphere here. It’s a very warm and inviting place. The menu is cute, and they offer a nice selection of different drinks, even offering a mimosa if you’re in the mood! Not only do they have great drinks, but they also offer food such as their delicious... Read More

Top 5 Reasons Why Denverites Should Ski 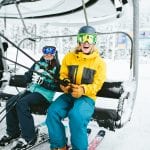 If you live in Denver, you should go skiing at least once a year—full stop. There, I’ve said it. It might be controversial, but we believe that if you live in Colorado and don’t make it to the mountains at least once every winter, you’re blowing it. Sure, there are plenty of fun activities for Denverites to do all year round that aren’t skiing, but a trip to the slopes is an important part of the experience of being a resident of The Mile High City, and it can be a fun and affordable pastime if you do it right. Here are the top 5 reasons why Denverites should hit the slopes every winter: You... Read More

Be Bear Aware: What To Do If You Encounter a Bear 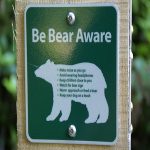 If you have been hiking or camping at all this summer, I am sure you have seen the signs that read “Be Bear Aware.” And if you are like most people, you see the sign and think…what are the odds I actually see a bear. Well this last week I was hiking and I rounded the corner to find a black bear snacking on berries. My first thought…what did that sign say I should do if I encounter a bear. Hiking and camping are wonder Colorado activities, especially this time of year. It is always good to be prepared for anything including wildlife encounters. Today’s post is going to be a quick recap... Read More 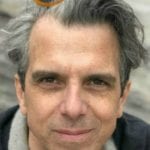 Marc Acito is a playwright and librettist best known for his novel How I Paid for College and his collaboration with George Takei on the Broadway musical Allegiance, which addresses the internment of Japanese-Americans during World War II. His latest work, “Secrets of the Universe and Other Songs,” will have its world premiere at the Aurora Fox Arts Center, under the direction of Helen R. Murray. The play portrays the friendship of African American vocalist Marian Anderson (Mary Louise Lee) and Jewish physicist Albert Einstein (Jordan Leigh). While Acito currently resides in New York City,... Read More

3 Great Breweries You Should Visit in RiNo 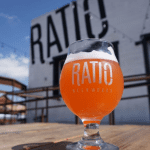 I have been really loving going out for a drink in RiNo—Denver’s River Art North District—lately! There is such a cool vibe and amazing breweries are all within walking distance of one another. With so many to choose from, here are three great breweries you should definitely hit up next time you’re there!   Ratio Beerworks Ratio Beerworks is a staple of great beer in RiNo; anything you get will be a solid great beer. The minds behind Ratio starting brewing in Germany, so they know a thing or two about great beer. Not only do they have fantastic brews, but they also have a... Read More 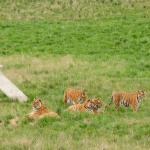 The Wild Animal Sanctuary in Keenesburg, Colorado, knew of the so-called “Tiger King” Joe Exotic well before the series became popular in the last few weeks. The Sanctuary took in 39 of the former zoo’s tigers as well as 3 black bears in 2017 when Joe Exotic’s zoo was shut down. Becca Miceli, Chief Science and Animal Welfare Office, says the Sanctuary is trying to provide the animals with a home and plenty of open space that they have not had before. “You know try and provide them with as many freedoms that people unfortunately tried to take away from them,”... Read More 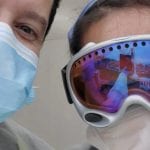 With ski season cancelled early and doctors facing a shortage of protective equipment, Goggles for Docs was born. The site allows you to see what hospitals in Colorado are facing a shortage of protective gear and need something like new or used ski goggles donated. Simply let the hospital know how many pairs you are going to send, sanitize the equipment per their instructions, and overnight the goggles or drop them off at a designated drop-off center. So far, the site has already pulled in over 10,000 donations of goggles. If you don’t have a pair to donate, there are still other ways you... Read More

Colorado Unemployment Claims Top 60,784; How to Apply if You Need Help 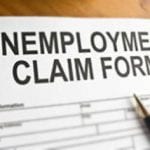 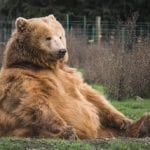 Bears have already been spotted in 8 Colorado counties this year, including Boulder and Morrison, where bears have been getting into trash, Snowmass Village, where a bear broke into a vehicle, Delta, where bears have been attacking livestock, and Colorado Springs, where a bear went head to head with a dog. Wildlife officials don’t know why the bears are leaving hibernation early this year, but are urging residents in Colorado to keep their trash locked up to discourage bears from coming into areas highly populated by humans. Tips to prevent human/bear conflicts include: Keep garbage in... Read More 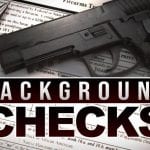 There is a massive backlog is background checks for gun sales due to a spike in applications from coronavirus fears coupled with the restrictions from the Colorado Bureau of Investigation employees who are working remotely. Under federal law, the CBI has three days to approve or deny a gun sale–if this deadline is not met, it is up to the discretion of the seller to decide. The bureau is working through a backlog of nearly 9,000 applications, making a process that usually takes around 8 minutes take around 4 business days. “Obviously we’re in a different time,” CBI spokesperson Susan... Read More