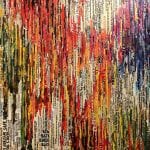 Walker Fine Art is one of Denver’s premier contemporary galleries. The lofty venue hosts rotating group and solo shows from exceptional regional and national artists. Their exhibitions showcase the latest trends in a variety of media including painting, sculpture, photography and installation. Currently on display is a group show called Synesthetic Ciphers, featuring six exciting member artists. We have an innate drive to attribute meaning to patterns and symbols. The artists in this series challenge and deconstruct traditional modes of language to discover new meanings behind written word.... Read More 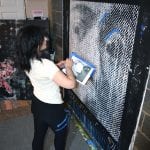 Ariella Asher received a bachelors in fine arts from Metropolitan State University of Denver in 2017. Originally from Tallahassee Florida, she moved to Denver by the way of Atlanta while working professionally in the music industry. Her diverse, mosaic-like identity can be seen in her work. With an American mother and Iraqi-Jewish father who immigrated from Jerusalem, Israel/Palestine, much of Asher’s work touches on post/neo-colonial theory, globalization, pop culture, isolationism, art history, and various other contemporary social topics. She is currently working on a new collection of... Read More 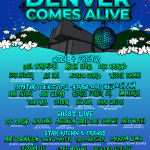 If you’ve been waiting for an excuse to check out Mission Ballroom in Denver, this is it. Live For Live Music has announced a one-day festival with an unbelievable lineup of never-before-seen supergroups.  Denver Comes Alive is the latest iteration of an innovative festival with its roots in New Orleans and the Jazz Fest community. Following in the footsteps of its predecessor, Brooklyn Comes Alive, the music marathon features unique collaborations with world class musicians. The incredible lineup includes Oteil Burbridge & Friends, Ghost-Live (a special Ghost-Note/Soulive collab), Star... Read More 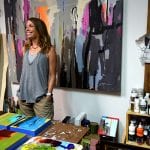 Leslie Jorgensen is a visual artist from Salida, CO. Her paintings are inspired by her adventures hiking, skiing, and biking around the state. She captures the natural beauty of the outdoors with her vibrant color pallets and breathtaking landscapes. Perhaps her work will inspire you to do some exploring of your own. Jorgesen has been featured in many publications, including Colorado Homes and Lifestyles Magazine and on the cover of Colorado Central. She’s taking part in an upcoming group exhibition at the Curtis Center in Greenwood Village. The show is titled MTNS, and includes twelve... Read More

Next Friday at the Hi-Dive 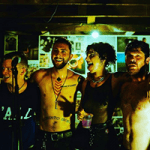 Happy New Year! Nothing like a whole new decade to cleanse the palate. Thanks to everyone who came out to the Food Bank of the Rockies to volunteer with Turkauz. Their New Year’s run was fantastic, and hopefully you made it to one of the shows. 2020 is looking amazing right out of the gate. Denver’s music scene has been blowing up for a while now and shows no signs of slowing down.  Every year we get more venues, more bands, and more recognition on the national level. Last year we saw the opening of Mission Ballroom, and this year we’re getting our very own Meow Wolf location. Needless to... Read More 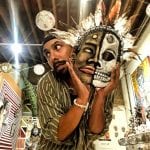 Have you ever had a dream that felt as if it were real? Do you feel the earth guide you to something that feels right? Have you felt a portal of some distant reality existing alongside of us? Art has been a portal to channel my indigenous ancestors, where I slip under an emotional spinning vortex of creation. The makers of my blood flow through me. I channel the artisans, craft-makers, mud-dwellers, star-makers, dream-weavers and earth, brothers and sisters, the ones who paved the way and forged the path. My work carries spirit and my truth is in everything I create. I grew up in Colorado,... Read More 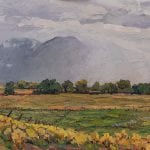 William Havu Gallery is well known as one of Denver’s premier contemporary art spaces. Their rotating exhibitions feature a bevy of regional and nationally recognized artists from a wide range of disciplines. Their decades of curating experience are evident in each and every show they host. Currently on display through January 11th are works from Jivan Lee, Cheryl Ann Thomas, and James Cook. Jivan Lee is an oil painter specializing in dramatic landscapes. Based in Taos, NM, he originally hails from Woodstock, NY. He studied at Bard College, earning an MFA in Painting in 2007. His work is... Read More 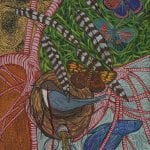 Sally Elliot is a local painter with an illustrious career spanning over four decades. She was a founding member of the Front Range Women in the Visual Arts in 1987, and helped produce visual arts, music, and theatre productions throughout the state, including a major anniversary exhibition for the Boulder Museum of Contemporary Art in 2000. Elliot is also a long time member of Spark Collective Gallery in Denver, where her work is shown regularly. She’s been the recipient of numerous awards and the subject of many publications. In 1985, she was awarded a year as an associate at the Rocky... Read More 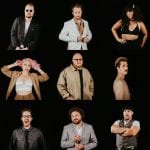 If you’re one of those bah-humbug people around this time of the year, I get it. Thanksgiving was just a few weeks ago, and it’s already time for another big family gathering. Hopefully everyone has gotten over your brother’s latest girlfriend giving your grandma a piece of her mind about throat tattoos. Now, you can look forward to respectfully nodding through your uncle’s life advice while strategically avoiding the eggnog sloshing out of his coffee cup since you only own three nice shirts. Just me? If you’re feeling a little Grinchy, I have the perfect remedy: an... Read More 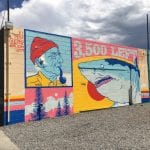 Max Coleman is a graphic artist whose work both uplifts and challenges the traditional concept of beauty. Born in Connecticut and graduating from the Rhode Island School of Design in 2015, Max’s work takes elements and techniques of centuries past and applies them towards the modern day mediums of digital illustration and street art. Through the vehicle of his “SUN Lives Long” campaign, his murals and prints have taken an active stance towards promoting equality and awareness for the creatures of earth, as well as imparting a sense of kinship towards the planet. Fueling these themes... Read More