The Truth About Working From Home:  Is It Killing You? 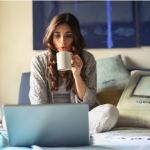 Denver is one of the most concentrated areas of the country for telecommuting.  Pop into a neighborhood café or brewery on any given day and the evidence is clear…we are a culture of remote workers looking for virtual offices.  A few months ago I started working from home, and it’s not my first swing at it.  There are WONDERFUL things about working from home, and there are tragic consequences.  Read on for the lowdown! The Good! The Commute: It’s no secret that hectic commutes result in stress-related health issues, effected work performance, and a negative impact on personal relationships. ... Read More

Heather Long July 6th, 2018 Transplanted: moving to, adjusting to, and living in Denver 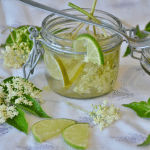 Shrub cocktails are all the rage in hipster cocktail bars and underground secret door speakeasies all around Denver.  A shrub is a concentrated syrup that combines fruit, sugar, and vinegar and results in a sweet, acidic mixer that can be enjoyed on its own or used in a variety of mixed drinks. Herbs and spices are also used to created interesting flavor combinations that tantalize the tongue.  Why not impress guests at your next dinner party with a homemade shrub that’s as easy and thrilling to prepare as it is to drink! I will never forget the complex flavors that I untangled with my tongue... Read More 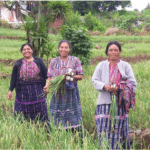 In Guatemala a 36-year guerrilla war which formally ended in 1996 and ongoing drug cartel and gang violence has left over 200,000 people dead and created an estimated 1 million refugees in Guatemala. The country struggles with poverty, infant, child, and maternal mortality, malnutrition, proper sanitation, and contraceptive awareness and use. The female literacy rate is surprisingly only 76%. More than half of the population is below the national poverty line, and 23% of the population lives in extreme poverty. Poverty among indigenous groups, which make up more than 40% of the population, averages... Read More

The Denver Milk Market in the Dairy Block

Heather Long June 27th, 2018 Transplanted: moving to, adjusting to, and living in Denver 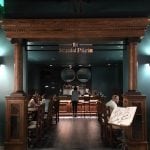 It’s my first look at Milk Market, a huge food hall with seating for 350 or more.  I can hear the alluring buzz even before the modernized liquor-friendly school yard comes into view. It’s a weeknight around 7pm and the place has a good buzz.  I am alone, without a friend, and it’s a bit like a school yard without a friend…but I quickly become enamored with the attractive and stimulating sights and tastes. What is the Denver Milk Market? The Denver Milk Market is a food hall by Denver Chef Frank Bonnano featuring 16 restaurants and bars.  It is part of the Dairy Block…a micro-district... Read More

How To Prepare For Your First 14er!

Heather Long June 15th, 2018 Transplanted: moving to, adjusting to, and living in Denver 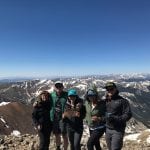 Colorado has close to 60 14ers, which means peaks of at least 14,000 feet.  The reward for reaching the summit of one of these are some of the most breathtaking views you’ll find anywhere on the planet.  Before heading out, first-timers should take note of a few tips! Choose an ideal peak, date, and time The first step in planning for your first 14er is choosing a peak.  A good place to research your peak is AllTrails.  Choose a moderate trail for your first attempt.  The difficulty of climbing a 14er is no joke! Keep your eyes on the weather; afternoon thunderstorm are the biggest... Read More

GET OUT THERE DENVER!

Heather Long June 6th, 2018 Transplanted: moving to, adjusting to, and living in Denver 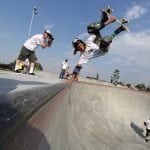 GET OUT THERE DENVER! The past few days I have randomly come across wonderful things happening in and around Denver.  I would never have experienced these random spectacles if I wasn’t just out and about.  So get out there and explore Denver!  There were lots of publicized events going on in Denver this past week…but I tend to go enjoy the less crowded, more accidental attractions…the REAL Denver! Get Wet! No it’s not an Italian piazza, but the relaxing courtyard at Union Station is reminiscent of a European public square.  Summertime here means pop-up fountains where children, adults,... Read More

It’s getting hot in here!

Heather Long May 30th, 2018 Transplanted: moving to, adjusting to, and living in Denver 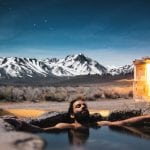 Denver is heating up fast.  The past few days of temperatures have been in the high 80’s…and this is only May.  We know a few miles away in the still snow-capped mountains there is relief usually in the range of about 20 degrees cooler, if you need a break from the heat in the summer.  Oddly enough, some go hunting for something even hotter up there…and that is hot springs, for their health!  Hot springs are bodies of water that are warmed geothermally and occur naturally, and Colorado is full of them.  What’s so great about hot springs?  Read on and find out!   What are hot... Read More

Heather Long May 23rd, 2018 Transplanted: moving to, adjusting to, and living in Denver 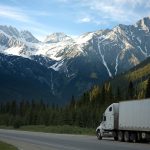 You want to Move to Denver? So does everyone else! In fact, it’s currently ranked the 3rd best city in the country to live in as per CNBC.  Here are a few tips to consider that reveal the good, bad, and the ugly truth about Denver, so you can know before you go! The good things about living in Denver There are great jobs and lots of employers looking for help. Denver’s 2017 Year-end unemployment rate was 2.8 percent, fourth-lowest in the country, according to The Denver Post.  Numbers show Colorado in the sixth-fastest growth rate in the country. Cost of living is reasonably low. Although... Read More

Faces of Denver Russell Klase, Your Neighborhood Butcher in RiNo

Heather Long May 9th, 2018 Transplanted: moving to, adjusting to, and living in Denver, Faces of Denver 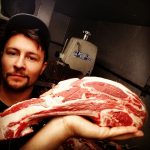 Russell Klase is an adrenaline junkie who seeks out thrill sports like skydiving, scuba diving, snowboarding, and creativity through art, music, and stand-up comedy.  In the kitchen, he seeks a different type of thrill and creativity as Executive Chef and Head Butcher at Butcher’s Bistro and lead singer of their kitchen band, Boyz Under the Hood. Russell became mesmerized with cooking as a child during all-day events like rubbing down and roasting a whole 200 pound hog, or watching his father theatrically prepare Steak Diane dinner, a pan-fried beefsteak flambéed with brandy. “I didn’t... Read More

Heather Long May 2nd, 2018 Transplanted: moving to, adjusting to, and living in Denver, Faces of Denver 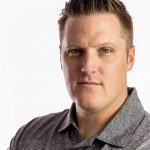 Lone Ranger of Western Art ~Cody Kuehl You have to be either crazy or courageous to quit your full time job as a church youth director and dive head first into a competitive and unforgiving career as a full-time artist (without any experience)!  Denver artist, Cody Kuehl is making a success of it! Introducing the self-taught artist and entrepreneur behind the new mural you may have spotted on the Star Bar, an old-school western saloon in the heart of RiNo.  This rock & roll 18 x 19 western mural pictures a cowboy you can just imagine slinging guns back in the days of the American Frontier,... Read More