Home » Blog » Transplanted: moving to, adjusting to, and living in Denver » Moving to Denver? Know before you go!

Heather Long May 23rd, 2018 Transplanted: moving to, adjusting to, and living in Denver Share: 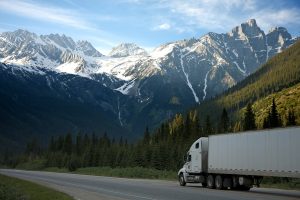 You want to Move to Denver?

So does everyone else! In fact, it’s currently ranked the 3rd best city in the country to live in as per CNBC.  Here are a few tips to consider that reveal the good, bad, and the ugly truth about Denver, so you can know before you go!

The good things about living in Denver

April data shows that single family homes and condos are only on the market an average of 24-27 days before sale, and sell at slightly over 100% asking price.  For that reason, Modglin emphasizes, “It’s important to have a seasoned Realtor who knows how to negotiate, communicate and who is your advocate every step of the way.  You also need to have a

seasoned lender who will make sure you are pre-approved, not just pre-qualified (there is a difference).  And the last, most important piece is that you as a purchaser need to be a strong borrower; if you are financing or if you are paying cash, you need to understand that it’s a Seller’s market and just because you are paying cash doesn’t always mean you can get a deep discount.  Seller’s will wait for their price and will have potentially 10 other Buyer’s waiting to purchase their property.”

Buying isn’t for everyone.  Sometimes you need flexibility and purchasing is not the best option.  Rents have been on the rise year over year and most likely you can purchase and have a mortgage that is less expensive than rent but you will need to talk to a qualified reputable lender to learn more.

The negatives of living in Denver

Heather Long
Heather is a creative writing wizard, travel guru, Elite Yelper, personal blogger, and Spartan Sprint race finisher!  After living most of her life in rural New York State, Heather quit her career and moved cross-country to Denver looking for a new and urban lifestyle.  Although, she has traveled to over 20 foreign countries, she had never before lived in a city and her last home was outside a Hamlet with only one traffic light.  Heather now exists as a well-adapted LODO Denverite who considers herself an area expert.  Moving can spin you around and spit you out, but Heather's journey proves the joy of waking up with a new city as your playground and opening up a box of discovery every day.  She has overcome setbacks, dealt with being an out-of-towner and urbanized into an individual who can easily maneuver living in Denver with thoughtfulness and skill.
Tagged: bacon egg and cheesecost of livingDenverHomelessnesshousing marketjobspizzatraffictransportationweather