The End Is The Beginning 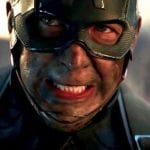 “A thing isn’t beautiful because it lasts.” That quote comes from the under-loved Avengers: Age of Ultron. Upon its 2015 release, we were 11 films deep and there were two schools of thought about the Marvel Cinematic Universe, a sprawling epic of interconnectivity. Eager nerds like myself were excited. Comic book creators and imagination machines like Jack Kirby, Stan Lee, and Steve Ditko used these characters, perhaps unwittingly, as a kind of modern mythology. There were lessons of tolerance, justice, decency. You could take something of real value away from the adventures of a bunch of... Read More

A Group of Remarkable People 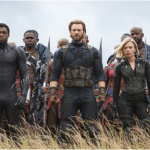 When it comes to cinema, we’re living in an age of marvels. Take the long view for a moment, and consider that with theatrical releases and streaming platforms, we have access to a wider and deeper selection of films than at any point in human history. You can immerse yourself in independent films, catch up on old classics, watch virtually whatever you want whenever you want. To say that there are no good movies anymore is wildly inaccurate, you just have to work a little to find them. That concept also means that, increasingly, the theatrical experience is reserved for blockbusters. You know... Read More 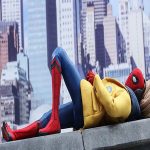 It’s hard to make a good movie. It’s even harder to make a good superhero movie, and Marvel Studios makes it look so easy. Through intelligence, wit, and sheer perseverance, not unlike their flagship character, they have become the gold standard in popular film entertainment. The Marvel movies stand above every other franchise, even the Star Wars series, in terms of (mostly) quality films. Consider that they didn’t have an easy time of it. Due to bankruptcy issues in the 1990’s, Marvel Entertainment Group filed for Chapter 11 bankruptcy. To dig themselves out of their... Read More

It Always Ends In A Fight

With a few exceptions, nobody sets out to make a bad movie. Whether the filmmakers are confident or delusional, they start out with good intentions. But here’s where it gets tricky. In order to make a good movie, you need a compelling story, interesting characters, and a way to bring the two together organically. Sounds easy, right? It gets even harder when we move into the world of blockbuster filmmaking. You have to factor in massive budgets, the desire of nervous executives stifling risk in order to maximize profits, and inexperienced directors getting swallowed up by their project.*... Read More

In 2008, the fledgling Marvel Studios released Iron Man, starring Robert Downey Jr. Before the release, there were rumblings that the film would fail, and fail big. How could it succeed? It was a movie about a superhero that only hardcore nerds like me had heard of. Plus, Downey was best known not as a phenomenally talented actor, but as a drug addict. The guy was a huge risk to headline a summer blockbuster. But with a worldwide gross of over $580 million, Iron Man was a gigantic hit, and it guaranteed two things. First, it created the birth of the MCU (Marvel Cinematic Universe) which... Read More