Posts Tagged With ‘ Living in Denver ’

The Changing Personality of Denver

Heather Long April 25th, 2018 Transplanted: moving to, adjusting to, and living in Denver 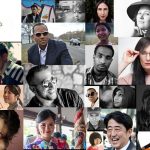 Change in Denver is on the Horizon Denver is an ever changing patchwork puzzle, and I love it! Neighborhoods are quickly morphing from older established communities to areas where younger hipster millennial types are moving in to purchase run-down properties and fix them up. With what result? Older historic homes owned by 3rd generation original families are nestled right in there between three-story modern triplexes with organic, Colorado-forward exteriors and a rooftop terrace. Case in point, the Balistreri Winery, a European oasis for organically made wine and gourmet dishes in Denver, buried... Read More

Heather Long April 18th, 2018 Transplanted: moving to, adjusting to, and living in Denver 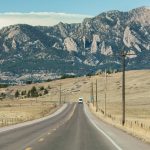 “Go West young man” Just a week after I moved to Denver, I saw a parade of longhorn cattle and cowboys on horseback riding through downtown Denver just a week after I moved.  Wow!  I guess I’m really in the West now! NWSS Opening Parade Often labeled the American West, the Frontier, the Wild West…it’s the term for the group of states including Montana, Wyoming, Colorado, New Mexico, Idaho, Utah, Arizona, and Nevada.  The phrase, “Go West young man”, stems from the American westward expansion and the belief of Manifest Destiny widely held in the mid-1800’s. Wikipedia states,... Read More

Heather Long April 11th, 2018 Transplanted: moving to, adjusting to, and living in Denver 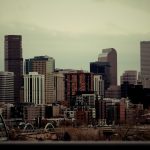 Top 10 Best Things About Denver #1 The Weather in Denver The first time I visited Denver it rained for 3 days straight and all the mountain views were shrouded in clouds!  Somehow I still fell in love.  After living here for 2 years I don’t think I have ever seen consecutive full days of rain. When news got around that I was leaving New York for Denver, the reactions were heavily riddled with concern for the fierce weather.  But, the 1870’s claim that Denver receives 300 days of sunshine was attractive to me!  When we moved in during the first week of January, I remember thinking what... Read More