Why I Love Going to Music Festivals 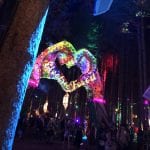 I recently developed a love for music festivals! I share a deep love for the experience of a music festival, as it’s like nothing else I’ve seen. It feels like an EXPERIENCE over just another concert, hangout, etc. I love them for the way they bond us with others and create a sense of belonging. Here are some of the reasons I love them and why you should try going to one someday! 1.The Good Energy Every time I’ve been to a festival, the energy has been off the wall amazing. I am a big believer in vibes, and I’ve always felt nothing but good vibes radiating from people at the festival.... Read More 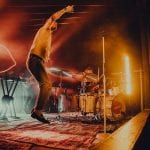 Every year when I get my pass for the Westword Music Showcase, I have to take a deep breath and mentally prepare myself for the musical free-for-all I’m committing to. It’s a barrage of bands with a lineup that could easily last a weekend, unceremoniously crammed into a ten-hour window. The Showcase started in 1995 as a way to put Denver bands on the map, and for the last 25 years it’s been doing just that. The whole event is set up like a scavenger hunt for your favorite bands. Saturday June 29th, the Showcase hits the Golden Triangle with two giant outdoor stages and participating venues... Read More 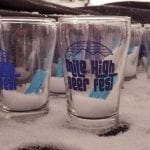 The Mile-High City is home to a wide variety of festivals, ranging from The Westword Music Showcase to the International Lidar Mapping Forum (ILMF for those in the aerial survey world) and everything in between. So naturally, there are a ton of beer-centric festivals that make their way to or call our wonderful city home. This past weekend, even the single-digit temperatures couldn’t stop the band from playing or the beer from flowing at Mile High Beer Fest. So, camera in hand and winter coat donned, I made my way to Number 38 in RiNo to check out just what Mile-High Beer Fest was all about! So... Read More

6 Beer-Centric Festivals Not to Miss 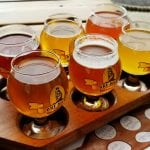 Anyone familiar with the Denver beer-scene has undoubtedly heard of the Great American Beer Festival, also known as GABF to beer aficionados world-wide. However, there’s a variety of other phenomenal festivals that need not be overlooked throughout the year in the Denver-metro area! Here’s 6 brew-oriented festivals that should be on EVERY Denver beer-lovers’ radar: Denver Brew Fest (denverbrewfest.com) – With 2 installments (yes, you read that right 2), Denver Brew Fest at Mile High Station delivers all the unlimited pours your beer-loving heart desires! One offering falls in January known... Read More 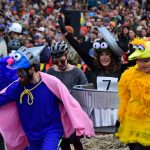 March is the snowiest month of the year for Colorado. It’s also the month of one of the quirkiest, weirdest festivals in the country: Frozen Dead Guy Days. Next weekend marks the 17th year for the festival, which, if you don’t know, is in honor of a frozen dead man stored in a Tuff Shed in Nederland. What? Bred Morstol was born and raised in Norway. After he died in 1989, his grandson Trygve Bauge took the body to the United States in hopes of cryogenically freezing it because…why not? After a stint in California, the body wound up in Ned, where Trygve and his mother, Aud, attempted to build... Read More