Posts Tagged With ‘ beauty and the beast ’

Stockholm Syndrome is So Romantic 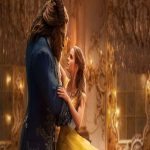 I hope you’re all sitting comfortably because I’m about to lay some righteous science on you. Ready? Disney loves money. They like art and respect the occasional creation of a timeless classic, but more than anything, the House of Mouse loves the Benjamins. Even back in the day, they knew the massive value of their IP’s. That’s why every few years, you might see a theatrical re-release of Pinocchio. After home video and DVD blew up, Disney branched out. They sunk millions into lavish Broadway productions, thousands into terrible direct-to-video sequels, TV series,... Read More