Home » Blog » Hiking » Our National Parks and the Government Shutdown 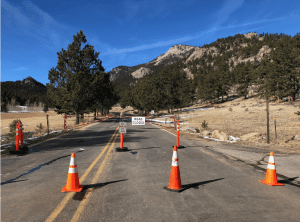 I am mad, but not near as mad as I was when I originally wrote this post last Wednesday.  You see, it has been over three weeks since the government shutdown started on December 23rd.  During this time most of our National Parks have remained open. Also during this time basic services have been halted—things like collecting entrance fees, guiding tourists, plowing the roads, cleaning toilets, emptying trash bins, and restricting access to certain parts of the parks.  Seven people have reportedly died in the parks during this time, which is actually less than the average when the parks are open; but you have to realize there are not near as many people in the parks, and several of these deaths may have been prevented should the park have been open with staff on hand to assist.  The craziest part about this whole thing is that no one seems to know why the parks have kept their gates open.

Approximately 87% of National Park Service employees have been furloughed.  This has left a skeleton crew at each of the National Parks that have stayed open during the government shutdown.  Because the limited staff that are in the parks are there for emergency purposes only, many basic services have been halted, resulting in overflowing trash cans, filthy pit toilets that need to be pumped and cleaned and visitors generally disrespecting the park by leaving human waste out in the open when bathrooms are closed or leaving litter to blow around on the ground when a trash bin is full.  Currently, about two thirds of our National Parks remain open, either with large parts of the parks closed or very limited services in the areas that are open.

The lack of staff clearly sets the stage for the parks being dangerous to visitors, but that isn’t the only problem.  The overflowing sewage and waste in unacceptable places could pollute waterways for years to come. The trash and waste that isn’t being picked up and that is likely overflowing is an attractant to wildlife in the park, which can then become dependent upon human food.  This could lead to many problems between humans and wildlife once the parks reopen and ultimately lead to the deaths of much of that wildlife. Furthermore, the maintenance that is being neglected right now could lead to serious problems. Snow piling up on buildings and roads could lead to buildings collapsing and roads deteriorating. Precious artifacts are being looted and vandalized, and the cleanup and repair of all this mess after the shutdown will likely cost much more than the simple maintenance (or, better yet, simply closing the park altogether) would have.

But Why Are They Open?

That brings us back to the point: no one really knows why the parks are still open.  It seems the parks are remaining open right now due to a contingency plan put in place last January by the Department Of the Interior that states the parks should remain open in the event of a government shutdown operating with limited staff “essential to respond to emergencies involving the safety of human life or the protection of property.” This contingency plan was available on the DOI’s website but is no longer there after the government shut down.  The question still remains…why? Many think the plan was put into place because of the backlash the Obama administration received for closing the parks in 2013. While I personally understand the logic behind this, I don’t think anyone planned on the damage and destruction we are currently seeing in the National Parks due to the government shutdown.

What About Our Local National Parks?

Colorado is home to three National Parks, and while I can not comment directly on the conditions at the Great Sand Dunes or at Mesa Verde, my friend Callum Steedman and I went to Rocky Mountain National park this past Wednesday the 8th armed with trash bags and a camera to see what was really going on there.  While all the front gates were open, the gates just inside the park were closed off to vehicles, most likely due to the lack of snow plowing on the roads past the signs. Pedestrians and bikes were allowed past the signs and there were people taking a hike up the road to see what they could see. We found the campgrounds just inside the park entrance to be all closed off and actually pretty clean.  We then headed to the Longs Peak Trailhead area and discovered several overflowing trash bins, which we emptied, and then onto the Lily Lake area where we again found overflowing trash bins and even human poop behind the locked bathrooms. While this is unacceptable, it is significantly better than what is occurring at many of the more popular National Parks, and especially those with warmer climates that make them more accessible.  The picture below shows the amount of trash we picked up while in Rocky Mountain National Park. 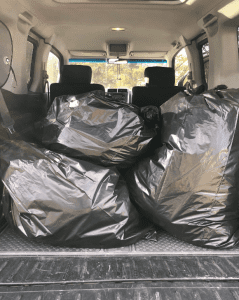 So What Now and What Can I Do?

For now, the parks are staying open.  Some are dipping into reserves to help provide services; some are relying on local support and volunteer groups to help do things like clean up trash and educate visitors on best practices while in the park.  If you are going to visit a National Park during the shutdown, please be ready to hike in, bring extra trash bags and pick up any trash you see, practice leave-no-trace, respect the land and buildings there, and if you see someone not acting correctly be sure to report them to local authorities.

Our National Parks are for everyone to enjoy nature but also for nature to have a safe place to call home.  Please respect your time inside their sanctuaries. 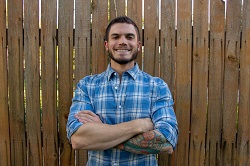 Martin Upton
Martin is just an adventure loving guy, any adventure really, but he particularly loves the outdoors in Colorado.  Having grown up in Colorado for most of his life he has been camping since before he could walk.  When he isn’t out in the Colorado wilderness, camera in hand,  camping, hiking 14ers, rock climbing, snowboarding, or brewing beer he is a Marketing and Business Development Coordinator.  Martin has a personal motto that states “Don’t Die on the Couch” and he does his best to live up to it by getting out on an adventure every chance he gets. You can visit his blog at www.adventureactual.com and his photography site at www.southwestsunsetmedia.com  or follow along with his instagram @martysmash
Tagged: government shutdownNational Parkspollution