Stockholm Syndrome is So Romantic 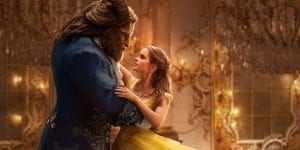 I hope you’re all sitting comfortably because I’m about to lay some righteous science on you.

Disney loves money. They like art and respect the occasional creation of a timeless classic, but more than anything, the House of Mouse loves the Benjamins. Even back in the day, they knew the massive value of their IP’s. That’s why every few years, you might see a theatrical re-release of Pinocchio. After home video and DVD blew up, Disney branched out. They sunk millions into lavish Broadway productions, thousands into terrible direct-to-video sequels, TV series, merchandise, anything that might create a revenue stream.

But in 2010, Tim Burton’s Alice in Wonderland was released. It was a remake of the 1951 animated film, and it pulled material from Lewis Carroll’s books. It was also an absolute nightmare of a movie, with horrendous CGI and an obnoxious Johnny Depp performance. Naturally, it made over $1 billion theatrically. The die had been cast, the Rubicon had been crossed. Disney was now incentivized to cannibalize their back catalog. Why not? People saw Cinderella, enjoyed The Jungle Book. Both were live action remakes, both made it a point to not stray too far from the original animated films.

So it was inevitable that the remake machine would make its implacable way to Beauty and the Beast. Before we get to the most current version, I think a couple of things bear remembering about the 1991 animated film. It was nominated for a number of Oscars including Best Picture and won 2. Deservedly so, since at an efficient 84 minutes, it’s an honest to God classic. It’s romantic, funny, action-packed, and has music that’s clever and sophisticated. Millions of people love this little gem, and millions more will love the 2017 remake because it’s virtually the same as the 1991 version, only more so.

We’re introduced to Belle (Emma Watson), a smart young woman living in a small French village. By and large, the locals are a bunch of nitwits, and they are continually baffled by the fact that Belle is brave, kind, and adores books. A woman…reading?! Quelle horreur! They are equally baffled by her father Maurice (Kevin Kline), a daffy inventor. But Belle and her pops love each other, so it’s all good. Almost all good, since Gaston (Luke Evans), the village braggart, has decided that Belle will be his wife and bear him hordes of children. Belle is less than thrilled by this.

But while on a long trip to the market, Maurice’s cart is accidentally waylaid. He’s lost and arrives at a massive old castle in the middle of a snowy forest. Bad luck for him, since the owner is not a great host. He’s a Beast (Dan Stevens), but he wasn’t always. Once, he was an entitled prince who refused sanctuary to a wizened old crone. As usual, the crone was a powerful enchantress, and she placed a powerful curse upon the Prince and the castle staff. The Prince became a monstrous creature and the servants were transformed into living household implements.

The Beast holds Maurice captive. Belle comes to the rescue and strikes a deal with the Beast. She’ll remain behind and remain at the castle forever if the Beast frees Maurice. The Beast agrees, and two parallel narratives begin. On one, Belle and the Beast get to know each other and gradually begin falling in love. That’s good because according to the rules of the curse, if the Beast learns to love and be loved unconditionally before the last petal of a mystical rose drops, he and the others will be returned to human form. On the other narrative, Gaston and his sidekick LeFou (Josh Gad) put together an angry mob to storm the castle and rescue Belle.

If you’re reading this, you know the story, the characters, the whole shebang. But an extra 45 minutes has been tacked on, which gives us more backstory and new songs by original composer Alan Menken and lyrics by Tim Rice, who worked on the music for The Lion King. Disney has this fun new philosophy with their live action remakes where more is always better.

Eh…not so much. If you’re going to remake something, you should remake something that’s terrible and make it good.* Failing that, you should go for a new and daring approach. Something interesting, unique, a story the audience doesn’t know it wants. That’s not at all what we got here. Director Bill Condon, who we know can rock musicals, seemed like a good choice. The guy adapted the script for Chicago and directed Dreamgirls, so you’d expect a strong musical that’s visually appealing.

You get all of that, but you get a remake that’s slavishly faithful to the 1991 version. Similar costumes, similar shot compositions, and the material that’s added doesn’t enhance the story much. I understand that Disney wanted to keep things as similar as possible, but why not go in a new direction? We know it can work, as evidenced by the hypnotic 1946 version directed by Jean Cocteau, and the 1987 TV series with Linda Hamilton and Ron Perlman. But this IP is too valuable to risk, apparently.

Writers Stephen Chbosky and Evan Spiliotopoulos have provided backstory that’s entirely unnecessary. We learn about Belle’s mother dying from the plague, and the connection Belle and the Beast have due to absent mothers. Neither of those strengthens the characters or the romance. It’s just another instance in modern screenwriting where details are needlessly overexplained.

How are the new songs? They’re fine, I guess, but they can’t hold a candle to the original. Speaking of candles, I had some trepidation when I sensed the showstopping number “Be Our Guest” was about to begin. As usual, I was foolish to doubt Ewan McGregor as Lumiere. We know he’s got pipes, and he adds impish charm to his performance. Evans and Gad absolutely kill in the amusing pub tune “Gaston,” and both of them calibrated their performances nicely. More about Gad shortly.

The cast is great, as I’m sure you can imagine. Emma Watson’s Belle is smart, capable, and seems to have a bit more agency than her animated counterpart. She’s at her best in the opening sequences, but after she arrives at chateau le Beast, she gets a bit swallowed up by the mediocre CGI. She’s got some good chemistry with Dan Stevens. Despite being mostly hidden behind a digital mask, he effectively communicates anger, loneliness, and longing.

Along similar lines, Ian McKellan is amusingly stuffy as the animatronic clock Cogsworth, and Emma Thompson’s Mrs. Potts is charming and funny. The competition is stiff, but I think that the best performers of the bunch are Luke Evans and Josh Gad. As Gaston, Evans has Trumpian levels of self-regard, and he’s note perfect playing a dashing dipstick. Josh Gad has spent years in musical theater, and he’s got the pipes and acting skills to portray a LeFou who has a bit more dignity than his cartoon counterpart.

However, controversy surrounds this film in general and Gad’s character in particular. This iteration of LeFou is the first openly gay Disney character and, as they so often do, cultural conservatives threw a fit about it. That’s a pity because there’s really not much of substance to be offended by. LeFou has an unrequited crush on Gaston, and he briefly dances with a male partner. That’s it. Considering that the main narrative of the film is about a woman and a human/bear/buffalo/lion hybrid falling in love, the offended doth protest too much, as usual. Besides, it’s smart business considering that Disney, unlike many other studios, is making an effort to appeal to people other than straight, white men.

Ultimately, the 2017 iteration of Beauty and the Beast is fine, and in its way, it works. Sure, I might wish for something more daring and unique. But while I was watching the film, I was sitting next to a boy of maybe 8 or 9 years old. While I was fidgeting with boredom, he was on the edge of his seat the entire time. He laughed when he was supposed to, jumped a few times, and even seemed to be into the romance. The tale of Beauty and the Beast is one made from magic, and not even soulless commerce can break its spell.

Tim Brennan
Tim has been alarmingly enthusiastic about movies ever since childhood. He grew up in Boulder and, foolishly, left Colorado to study Communications in Washington State. Making matters worse, he moved to Connecticut after meeting his too-good-for-him wife. Drawn by the Rockies and a mild climate, he triumphantly returned and settled down back in Boulder County. He's written numerous screenplays, loves hiking, and embarrassed himself in front of Samuel L. Jackson. True story.
Tagged: beauty and the beastbill condondan stevensemma thompsonemma watsonewan mcgregorian mckellanjosh gadkevin klineluke evans