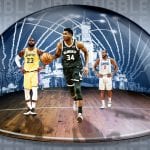 Ask someone to name their favorite sport and you will find a variety of answers.  The question so subjective that a crack of a bat, smell of fresh cut grass, or even taste of cheese dip may elicit contrasting responses. Ask someone to name the toughest sport and you will find arguments defending the size and speed of the everyday linebacker, the blood and bruises of the MMA fighter, and the toothless grin of the second-line hockey player.  Again subjective. But ask which sport has done the best job returning to play during a pandemic and there looks to be plenty of evidence to judge them objectively. ... Read More 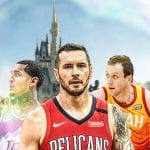 The NBA is finalizing its Return to Play format as 22 teams will travel to Orlando in July to finish off the 2019-20 NBA season and crown a new champion.  COVID-19 has changed the dynamics of this year’s playoffs as players return to the sport underconditioned, worried about safety, and understandably focused on social issues rather than basketball. Before the suspension of the regular season, teams like the Milwaukee Bucks and the Los Angeles Lakers were favorites for the title.  But now that the rules have changed and new factors are thrown into the equation, are some teams better equipped... Read More 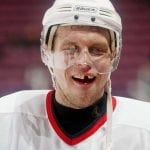 As states continue to relax quarantine rules in an effort to open up again, the NHL became the first of the four major sports to step forward with a comprehensive plan to get back on the ice.  The Return to Play Plan was agreed upon in principle last week as the NHL decided on a four phase plan that would include self-isolation, training at local facilities, a training camp, and a 24 team playoff held at two hubs yet to be announced. According to the NHL timeline, players have already been isolating, and some facilities across the country have been opening with specific safety guidelines.  The... Read More