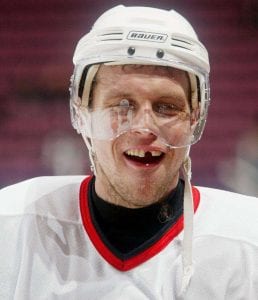 As states continue to relax quarantine rules in an effort to open up again, the NHL became the first of the four major sports to step forward with a comprehensive plan to get back on the ice.  The Return to Play Plan was agreed upon in principle last week as the NHL decided on a four phase plan that would include self-isolation, training at local facilities, a training camp, and a 24 team playoff held at two hubs yet to be announced.

According to the NHL timeline, players have already been isolating, and some facilities across the country have been opening with specific safety guidelines.  The NHL’s third step is a three-week camp in which teams would be able to train and prepare for games in mid-July.  With the regular season now officially cancelled, phase four would mean a return to hockey with an adjusted playoff format.

For all people, professional athletes or not, the importance of health and safety are the priority and a proposed timeline shouldn’t determine anything.  As is often said, COVID-19 creates the timeline, we don’t.

But if it is safe to start up again, the NHL may want to take this as an opportunity to literally be the only game in town.  Seven reasons why going first could be important to the sport of hockey. 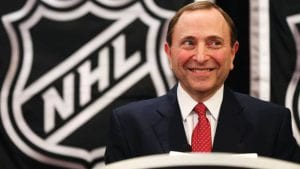 Hockey – this could be your time.  But keep in mind that any delay and baseball, America’s pastime, may steal your thunder.  Or even worse, Adam Silver, Lebron James, and the NBA beat you to it, leaving you with no glass slipper, and no magic kingdom.  Just Gary Bettman and a six-pack of LaBatt Blue.

Alan Tapley
Alan Tapley is an educator, author, and blogger who has lived just outside of Boulder for the last twenty years.  His published work includes two novels, two children’s books, a series of cartoons in the Minneapolis Star-Tribune, and multiple sports related articles. His love for family and the state of Colorado is only matched by one thing, his passion for sports.  The first baseball game he ever attended was at Wrigley Field, before there were lights.  At the final Bronco game at the old Mile High, he allegedly cut out a piece of his seat in the South stands.  But regardless of being here for the Avalanche’s last Stanley Cup, the Rockies only World Series appearance, and all the Broncos’ Super Bowl Victories, his wife never fails to remind him that he wasn’t at the University of Colorado in 1990, like she was.  The year the Buffs football team won the National Championship.
Tagged: Adam Silvercovid 19David OrtizDisney WorldGary Bettmanlebron jamesMLBNBANFLNHL