Where to Watch Fireworks in Denver 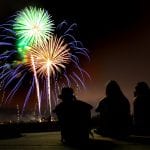 Wondering where to watch fireworks in Denver this year for the 4th? We’ve gathered a list of our favorite spots. 1. Broncos Stadium at Mile High 1701 Bryant St, Denver, CO 80204 Thu Jul 04 2019 at 7 pm The Denver Outlaws game against the Chesapeake Bayhawks begins at 7 pm with tickets starting at $15. The game will be followed by fireworks that are shot from inside the bowl, so you get a front row seat. Tickets for the game can be purchase here.   2. Dick’s Sporting Goods Park 6000 Victory Way, Commerce City, CO Thu Jul 04 2019 at 7 pm The Colorado Rapids and New England Revolution... Read More 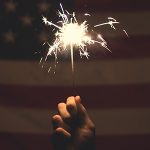 The fourth of July is always a fun day all across America each year. Full of fireworks, family, friends, music and of course delicious food, it’s a time to really celebrate being alive, as well as to be grateful for the many freedoms that come with being an American. That said, while America declared itself it’s own political nation on July 4, 1776 via the official adoption of the the Declaration of Independence, it wasn’t until much later that Colorado was able to get in on the celebratory action. What was going on in Colorado when the Declaration of Independence was being accepted as law?... Read More 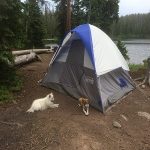 The 4th of July is right around the corner. Have you thought of how you are going to spend the holiday? You could stick around Denver, there is plenty to do such as watch fireworks and BBQ with friends. OR you could head out into the wild with some friends, a tent, and a sleeping bag! In 300 words, I am going to attempt to convince you to go camping this Independence Day…Here is goes. Health Unplug, unwind, and enjoy the beautiful state of Colorado. Camping is good for your mind and body. First your mind: The wilderness gives you an excuse to put your electronics down and completely free your... Read More