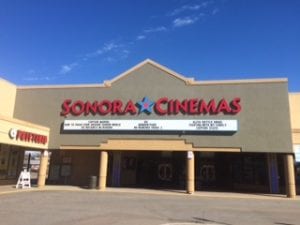 Insomnia and I have been bitter sisters for a long time now. She knows my secrets and reminds me of them, over and over and over during the tiny hours when all sensible and peaceable people should be sound asleep. I admit that some of this is my own fault. My two favorite cocktails war it out; Sudafed and caffeine team up against melatonin and merlot. Eventually I decide that the drugs aren’t making me feel better, they’re just making me feel a different kind of bad. Then it’s back to just me and Insomnia in a monogamous, monotonous relationship. I lie awake and fester in my thoughts, or walk around my tiny house, or read boring books for hours. I’m currently reading an endless saga of Ice Age people who saunter across Asia in real time, stopping occasionally to have some bad sex. Eventually, morning comes (if not as quickly and enthusiastically as the book’s characters) and, bleary-eyed and jangly, I saunter over to Aurora, because Asia is too far away.

I don’t have a lot of business in Aurora, although there’s some cool stuff happening in the arts district. I wandered over there because I have a long-running self-improvement campaign in place and “maintain my Spanish skills” is part of that. I landed in the parking lot of Sonora Cinemas, a Spanish-language movie theater on 6th and Peoria at 10am on a Sunday morning, which is when the cool people all show up to the movies.

I’m a fan of low-brow venues and dive bars and have spent a non-negligible amount of time at the Elvis Cinema, which has cheap prices, dark hallways, and sticky floors. The Sonora is not that. It’s big, bright, and sparkling clean. Your feet practically bounce off the carpet. The smartly-dressed manager asked in English to assist me. I requested a ticket for How to Train Your Dragon: Hidden World. He explained that that film was only in Spanish. I am a six-foot, blue-eyed, natural blonde–more Cameron Diaz than America Ferrera. I appreciated his courtesy, but replied that Spanish-only was fine. I used to get the same question at theaters when I lived in Latin America and conducted the entire ticket transaction in Spanish. I look unequivocally white-bread.

I find my seat in Theater Two. I am the only person in this theater. I even turned on my cell phone flashlight to check out the dark corners of the seating area. It’s completely empty. So basically, I went from the dark, empty solitude of my sleepless bedroom to the dark, empty solitude of a weekend-morning movie theater. #Winning. I spread out and put my feet up. Even though every sign on the doors warned in Spanish that outside food is not allowed, I snuck in my own snacks. My 2019 nutrition plan doesn’t include Raisinettes. I brought a refillable water bottle and a navel orange because I am extremely cool and also, pooping in your 30s is a different game than pooping in your 20s.

I picked HTTYD in Spanish, no subtitles, both because I didn’t want the crutch of reading the text in either language and because I thought a cartoon would be easier for my rusty language skills to handle, although it’s harder to read lip and facial cues on a cartoon character. I’m gonna say this: HTTYD3 is not Dreamwork’s masterpiece. I remember reading a Gabriel Garcia Marquez novel in college in the original Spanish, and being totally befuddled by it. I got a copy in English to clarify the narrative, only to discover that it was just as bizarre in English and I had understood it perfectly in Spanish to begin with. I felt the same way about this movie; it felt entirely unnecessary and full of contrived weirdness. Maybe I didn’t get on the HTTYD wagon soon enough in the franchise? Maybe something was lost in translation? I’m pretty sure I got the gist of the movie…the problem was that there wasn’t much gist to be gotten. Lots of dragons, a villain, a noble young hero, fire and explosions abound. Spoiler alert: the good guy won. I think the bad guy got swallowed by the ocean or something suitably tasteful and punishing.

This is the point where I rant about why Hollywood makes so many terrible movies: they make them for the world market and explosions don’t require dialogue, much less subtitles or translation. More profit, but lots of boring, flammable plotlines out there lately. Sadly, this has even infected “children’s” movies like HTTYD. I actually fell asleep during the movie, which tells you that Sonora’s seats are comfortable, the movie was tepid, and that insomnia really does end in Aurora.

On my way out I checked out the bathrooms because there is nothing more important than bathrooms in a venue. I am happy to report that they were glittering and spotless. Countertops and floors were bone-dry. The dispensers had soap, the towels were stocked. Lovely. The manager smiled at me as I walked out and invited me to return again soon.

A fellow was standing by the door of the theater as I walked outside.

I have to take this as evidence that he didn’t expect me, the white lady, to be there, which is kind of the reason I was there. This is where I get philosophical. Why leave the house when you can see everything in the world on Netflix or Hulu at home? Putting on pants is such a drag. My reasons to be there were many of the same ones that make me support live theater and music. There’s something about a social, group experience that makes it entirely different than listening  or watching alone in your bedroom. And if you make an effort to be somewhere that most people “like you” are not, it expands your world. You see new things and meet new people who remind you that the world is a very big, highly variegated place. It’s good for your soul and your language-processing brain lobes to do something outside your norm. Take a risk. Head to Aurora. There are some new releases playing in the matinee.

Jessie Hanson
Jessie Hanson lives and works in Denver and couldn't be happier about it. Like the best-possible kind of Jekyl-and-Hyde scenario, she splits her life between science and storytelling. During the day, she performs clinical diagnostics and messes around with test tubes. At night, she performs behind the mic as a standup comedienne, in the air as a circus aerialist, and in rhinestones as burlesque dancer. She begrudges the hyper-inflated cost of a decent pair of false eyelashes. When she's not on stage, she sweating it out as an endurance athlete in triathlons and marathons across the West. She begrudges the hyper-inflated cost of a decent pair of running shoes. She's thrilled to be on board with OnDenver and writing about science, comedy, circus, athletics, and general fun on the Front Range!
Tagged: animatedLatinomoviessleepSpanishtheater