The Return of Brock Osweiler → brockcle 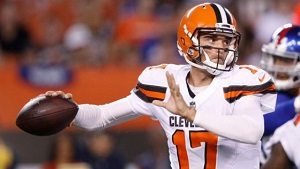