Posts Tagged With ‘ the copper children ’ 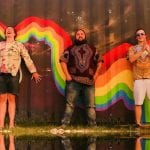 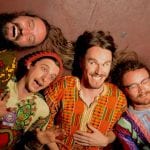 The Copper Children is a folk band from Denver that specializes in trippy music and videos, blending what they call “psychedelic rock into a moving performance.” The Copper Children formed in 2015 and released their first album What We Are, in 2016. Their upcoming album, Speaking in Spirits, will also be released soon. The Copper Children have made a shift in their sound with the newest album, and the band was pleased to hear that their Denver fanbase would be sticking by them, the same way that the band has stuck together over the years. In an interview with Westword, the band stated: It’s... Read More