Where Have All the Festivals Gone? 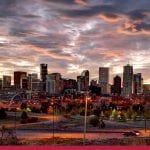 If you’re anything like me, now is the time of year to start thinking about summer concerts. With Christmas and Valentine’s Day expenses out of the way, I can blow all of my money on shows without feeling selfish until around Thanksgiving. You may have heard the news lately about some festivals that will not be happening in Denver this year. I won’t try to hide the fact that I’m a little bummed about it. Was it something we did? Were we too nice? Is Denver so wonderful that people go home and tell their friends it sucks so nobody else will come spoil the natural beauty?... Read More 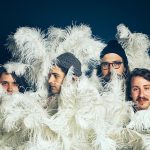 Denver has long been in need of a giant music festival. Several have been attempted in recent years, but nothing has stuck. Lucky for us, Superfly is giving it a shot this summer. They’re sponsoring a new event called Grandoozy, September 14th –16th. With huge names and more than 35 artists already announced, it’s looking pretty epic. Festivals of this magnitude tend to book artists from a bunch of different genres. Grandoozy follows suit with a focus on rap and rock. The full daily schedules haven’t been announced yet, but we do know the headliners. Friday night features Kendrick Lamar,... Read More