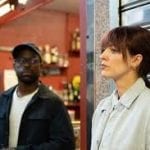 A common belief is that movie critics love to trash movies. It’s thought that we critical types, after emerging from coffins buried in consecrated ground, stalk film festivals and multiplexes looking for weaker prey. We fire up our laptops to crush innocent filmmakers, see them driven before us, and hear the lamentations of their producers. I mean, that’s what we do, right? Not so much. See, every movie is an opportunity. The very best part of a film for me is the moment after the previews have finished and there’s a half-second or so where the screen is black. That moment is all about potential,... Read More 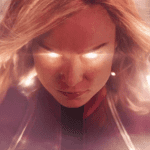 Representation matters. It’s just as important to see some facsimile of yourself at age seven as it is at age 77. It’s a way of shaping your identity, a way of telling the world that you matter. Done right, representation can show you a higher path and provide you with a way to be better. As a kid, my morals were shaped more powerfully and acutely by comics than they ever were by church.* Spider-Man taught me doing the right thing can suck. It can be lonely and painful, but it’s no less the right thing to do. Superman taught me that consideration for others makes the world not only a better... Read More 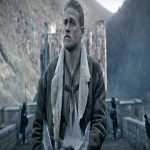 We live in a time of great uncertainty. Our President may have committed illegal acts prior to and during his time in office. Our country is more divided than possibly ever before. The prestige of our nation rests on a knife edge. But there’s one question, above all others, that occupies the minds of virtually everyone in the Republic and beyond. Is it really that hard to make a good King Arthur movie? Apparently so, since the last time the Arthurian legend appeared in theaters and it wasn’t some form of a mattress fire was way back in 1981 with the enjoyably bananas Excalibur. Since... Read More

The Name Is Lady. Cat Lady.

In 2008, Tom Farley Jr. and Tanner Colby’s excellent book The Chris Farley Show was released. Among other things, the biography of comedian Chris Farley explored Farley’s belief that, as a big guy, audiences only ever wanted to see “fatty fall down.” He felt that audiences would never accept him as anything but a lumbering, clumsy oaf. As it is, the movie industry is like junior high-shallow, selfish and stupid. If you’re a person of size, Hollywood is a particularly cruel place. But when you factor in casual sexism, why then you’ve hit the misery trifecta!... Read More