I Am The Bad Script, Goo Goo G’Joob 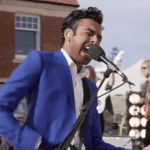 What do The Beatles mean? It’s a difficult question, one that I’m ill-equipped to answer. What we know for sure is that they cast a shadow that touches virtually every aspect of human life. Think of the music they made as the first domino in a vast and sprawling design. From pop to indie to rock to hip hop to punk and beyond, the DNA of the Fab Four winds through virtually all of it. Their reach stretches far beyond music. Their 1964 concert film/documentary/comedy A Hard Day’s Night is both massively influential and enormously entertaining in terms of film. They were pioneers in the development... Read More