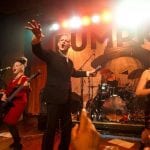 The Bluebird Theater is one of Denver’s most historic venues. Built in 1913, it was originally a movie theater and went through various iterations over the last century. Since 1994, it’s been a favorite of local musicians and concertgoers, hosting regional and national acts from a variety of genres. They’ve announced a show next Sunday that combines bands from every corner of the country for a night of folk, punk, and bluegrass that you won’t soon forget. February 16, you can catch The World/Inferno Friendship Society, joined by The Bridge City Sinners and The Tejon Street... Read More

The Blooming of the Buffalo Rose 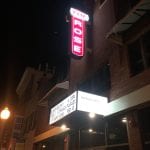 Golden is nothing if not historic. We hold on tightly to our western roots and the nostalgia runs deep in this town. Everything is also a little old-fashioned. When I was little I remember not being able to skateboard downtown because the sidewalks were still made of uneven wooden planks. True story. I’d look out the window and watch the tumbleweeds blow by, wishing I had access to a swimming pool like Jay Adams and Tony Alva. I never did become a pro skateboarder, but I have managed to learn quite a bit about local dive bars and music venues. We all find our own little niche I guess. Golden... Read More