The Blooming of the Buffalo Rose 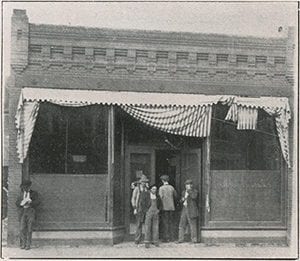 Golden is nothing if not historic. We hold on tightly to our western roots and the nostalgia runs deep in this town. Everything is also a little old-fashioned. When I was little I remember not being able to skateboard downtown because the sidewalks were still made of uneven wooden planks. True story. I’d look out the window and watch the tumbleweeds blow by, wishing I had access to a swimming pool like Jay Adams and Tony Alva. I never did become a pro skateboarder, but I have managed to learn quite a bit about local dive bars and music venues. We all find our own little niche I guess. Golden is mine. Speaking of local dives, we said goodbye to one recently, when it graduated to what could only be referred to as a modern, respectable hangout. The historic Buffalo Rose has gotten a full makeover and is now open for business.

Since last summer the Buff has been wrapped inside its construction tarp chrysalis, and the  metamorphosis is nearly complete. The change is dramatic. The layout is different, they’ve expanded, and put in new floors, fancy lighting, a bar with a retractable glass roof, and an upgraded menu. The stage has been rebuilt with new sound and lighting systems. The audience section has new flooring, tables, booths, and a completely revamped balcony. The back patio has also been redone with a new bar and outdoor stage. They’re still putting the finishing touches on the restaurant and patio, but they will be opening in early spring. For now the music venue is up and running. 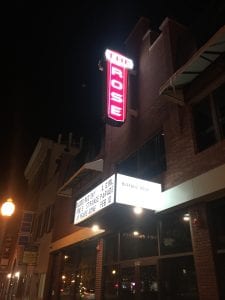 The Buff always had a great concert space, but it was never used to its full potential. The biggest event of the year used to be a national belly-dancing competition. Now the new owners are taking it up a few notches. They christened the new stage a couple of weeks ago with the UllrGrass beer and music festival. It was an awesome opening with performances from Drew Emmit, Andy Thorn, and Greg Garrison of Leftover Salmon; Adam Aijala of Yonder Mountain String Band; and Coleman Smith from Rapidgrass. UllrGrass has been growing exponentially every year and it was great to have the Buffalo Rose participating. Their calendar looks pretty booked for the next couple of months. This Saturday they have Ten Years Gone, a Led Zeppelin tribute, with The Strange Parade, a Doors recreation. On Sunday they’re hosting Swing Night Supper Club with dinner, jazz music, and swing dancing. On the 14th they have a Valentine’s Day extravaganza featuring music from Emma Marie, Deep Pocket Thieves, and Denver’s legendary Sammy Mayfield. They have concerts and tons of other special events planned for the coming weeks. 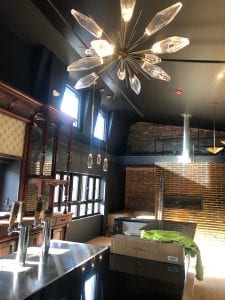 The Buffalo Rose building has been in the same location since the late 1800’s, and it was well overdue for a  makeover. While we’ve reached a point where duels out front are a thing of the past and stabbings are nonexistent, the walls don’t forget. Those floors, though rebuffed, have not forgotten the rustle of old drunk men wrestling over a bar tab. The rafters still remember a thousand deep-bellied laughs shaking them. I still have many fond memories of the old Buff, and room for new ones to be made. The Buffalo Rose is located at 1119 Washington Avenue in Golden. To see their full calendar or any other info check out their website at buffalorose.net.

Jared Herzing
Jared is a local content contributor and aspiring author. He was fortunate enough to grow up in Golden, Colorado and graduated from MSU Denver. While an insatiable love of travel lures him all over the world, his roots remain firmly planted here. He enjoys writing short stories, poetry, children's books, societal observations, and everything else. A nature enthusiast and sunshine connoisseur, Jared is perfectly at home on any mountaintop or patio. He frequents art galleries and concerts, poetry readings and breweries, museums and bookstores. When he isn't making neighbors cringe at his musical attempts he can be found on a snowboard or sailboat, depending on the day. A perpetual adventurer and eternal patron of the road less traveled.
Tagged: bluegrassBuffalo RoseDenverGoldenmusicUllrGrass