A B Minus B-Movie 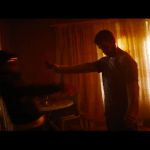 B-movies aren’t really a thing, any longer. On the other hand, they’re absolutely a thing. Back in the day, a b-movie was the second movie on a double bill. They generally were mid to low-budget and didn’t have stars, but generally did have copious amounts of gore, nudity, violence, or all of the above. Also, b-movies were usually genre fare, so you’d see them in the sci-fi, action, horror, western, exploitation, or crime areas of the movie world. The trap that people fall into sometimes is assuming that a b-movie is either: Made incompetently, like the work of Ed Wood Made with an eye... Read More

A Horror Movie About Racism? Take My Money! 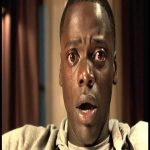 Let’s take a moment to imagine something. You’re in a social gathering, and you’re immediately aware that most of the other people there are nothing like you. They think they know you, yet they frequently jump to conclusions about you based on grotesque stereotypes. They make comments that are, at best, inappropriate. At worst, their comments are ignorant and hurtful. Does everyone feel that way, honestly? Sure, there might be a few folks there that aren’t a problem, but how can you be sure? Guess what, more bad news! Due to social niceties, you can’t just leave.... Read More