Home » Blog » Movies » Mister Movie Critic, You Could Have Saved The Audience

Mister Movie Critic, You Could Have Saved The Audience 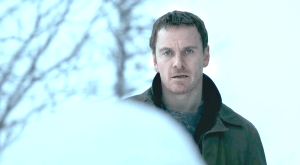 Imagine, if you will, a brand-new car by Tesla. The world’s top engineers have been brought in to create a vehicle with maximum acceleration and driving range and the apex of functionality. The world’s most creative designers have crafted butter-soft leather around the steering wheel, seats that are the height of ergonomic perfection without sacrificing comfort, and a control panel that’s intuitive and informative.

During a press conference to unveil this automotive marvel to the world, Elon Musk invites the media to witness a test drive. The driver sits in the vehicle, gently closes the door, and turns on the engine. As he does, three things happen very quickly. First, sarin gas floods the interior of the car. Second, multiple curare-tipped spikes impale the driver. Third, the car explodes in a massive fireball, riddling the press and assorted spectators with razor-sharp shrapnel. Put a highly experienced and creative team of filmmakers in charge of building a car, and this is your worst-case scenario.

It’s a lucky thing that filmmakers aren’t responsible for manufacturing…well…anything beyond movies, otherwise, there would be thousands of fatalities taking place every month. Hollywood has a gift that’s possibly unique among all other industries. They’re able to gather the world’s most creative individuals, give them a multimillion-dollar budget, and make something that utterly sucks. I’m actually surprised that it doesn’t happen more often.

We would do well to remember that making not just a movie, but a good movie is monstrously difficult. You need a script with a solid narrative and engaging characters, direction and cinematography that fits the story, special effects that are appropriate and creative, and editing that’s intelligent. It’s like a general preparing and executing a complex battle. Sometimes you have a decisive victory. When it comes to the new film The Snowman, however, we’re looking at a cinematic Little Big Horn.

We begin with a flashback. At a remote cabin in the wilds of Norway, a police officer visits a woman and her young son. The man gives the boy a test about Norwegian history. Every time he gets a question wrong, the man viciously slaps his mother. Then a series of grim events occur, and the hapless lad is left homeless. Flash-forward to the present, and we’re introduced to Inspector Harry Hole* (Michael Fassbender). He’s one of my favorite overused cliches, the Supercompetent Addict, and in this case, Harry is a gigantic alcoholic who is passed out in a public park, a bottle of booze still dangling from his fingers.

As a Supercompetent Addict, Harry’s entire life is a wreck except for the fact that he’s a legendary detective.** He begs his captain for a case in order to have something to focus on. Almost immediately, he meets rookie detective Katrine Bratt (Rebecca Ferguson) and is drawn into a serial murder investigation. This is extremely convenient for Harry but extremely inconvenient for the people being brutally murdered. Hey, in life, there are trade-offs.

Anyway, our soused shamus soon susses out a pattern. The killer is targeting people and building snowmen at the scenes of the crime. I’m sorry, but that detail bears emphasizing.

The killer is targeting people and building snowmen at the scenes of the crime.

We need to focus on this for just a moment, guys. First, you may not know this, but there is literally nothing innately frightening about a snowman, and no amount of creepy angles or music can change that. Next, what happens if the killer bumps off someone and finds that the snow is powdered, or it’s iced over, or worse, there’s no snow?

I digress. Anyway anyway, the investigation continues. Harry stumbles onto the trail of Gert Rafto (Val Kilmer), another Supercompetent Addict who investigated a similar crime 9 years earlier. More about Mr. Kilmer later. Harry and Katrina are also swept into the orbit of Arve Stop (J.K. Simmons), a pervy titan of industry who may or may not have something to do with the killings. While all this foolishness is taking place, Harry’s ex-girlfriend Rakel (Charlotte Gainsbourg) is having behavioral trouble with her son, and Harry is trying to be a good role model to the boy. As you might have noticed, there’s a metric ton of plot in this film.

Guys, I profoundly did not like this film. But unlike soulless garbage like The Dark Tower, it gives me no pleasure trashing this film. Consider its pedigree! Martin Scorsese was attached to direct and ended up producing. Swedish filmmaker Tomas Alfredson, who directed the compelling vampire movie Let the Right One In, stepped into the director’s chair. The legendary Thelma Schoonmaker is one of the editors. So why does it suck so hard?

Alfredson is a talented director who knows the value of taking his time and letting a scene play out. The film was made in various Norwegian locales, and we receive beautiful and foreboding shots of snowy vistas, making everything feel remote. But Alfredson publicly mentioned that he had a smaller than usual amount of time to prep before beginning the shoot and that the shooting schedule was cut short so that 10%-15% of the screenplay just wasn’t shot during principal photography. This rendered the narrative almost completely incomprehensible.

Speaking of the narrative, the script was written by Soren Sveistrup, Peter Straughan, and Hossein Amini. It was based on a novel in Jo Nesbo’s series of mystery novels featuring Harry Hole. I can tell you that the book is pretty good, a fun and twisty crime novel. I can also tell you that the screenplay takes liberties with the story, and I mean that in the filthiest way possible. Most of our characters are walking cliches: the tormented detective, the killer with an unnecessarily complicated modus operandi, the sleazy titan of industry. We even have the gruff police captain who says, “I can’t cover for you much longer.” The script also seems to think that the secret to a good mystery is to misdirect the audience as much as possible, even though the real story has all the complexity of an episode of Scooby-Doo.

The cast is full of heavy hitters who try really hard, even when there’s not much to work with. I like Michael Fassbender’s work, and God bless him, he acts his little heart out here. He scowls, grimaces, smokes almost constantly and plays a broken investigator who is similar to roughly 2,653 other broken investigators we’ve seen in movies, TV, and novels. Charlotte Gainsbourg and Rebecca Ferguson probably do the best work, creating three-dimensional characters who think and behave like reasonable human beings. The mighty J.K. Simmons shows up sporting an odd accent and leering at every woman within a quarter-mile.

Speaking of odd accents, let’s talk about Val Kilmer for a moment. He appears briefly in only a handful of scenes. When he does speak, it’s disconcertingly obvious that the voice coming from his face is a dubbed voice belonging to someone else. Why is this? Earlier this spring, Kilmer confirmed that he had a “healing” of throat cancer. Did the cancer cause damage to his vocal chords? If so, did the production deem it cheaper to overdub his voice instead of recasting the role? I have no idea, but it’s a baffling decision that does Kilmer no favors. Despite some truly obnoxious behavior, I’ve always liked Kilmer’s work, and it saddens me that this was done to him.

To paraphrase Walter Lord, if only I’d seen The Snowman earlier and been able to warn you. If only a better film could have been made from the engaging novel. If only, if only. Squint a little, and you can see the much better film hiding in the wreckage of what limped into theaters. By this time next week, it will be out of theaters. A year from now, nobody will remember it. All those talented and intelligent people sweated blood making this film, and this is the end result. To reiterate something I said earlier, that utterly sucks.

*Yes, that’s his name, so go ahead and get it out of your system now.

**We never actually see him doing any detecting that’s particularly impressive. I mean, he’s fine, but homeboy ain’t Sherlock Holmes, that’s for sure.

Tim Brennan
Tim has been alarmingly enthusiastic about movies ever since childhood. He grew up in Boulder and, foolishly, left Colorado to study Communications in Washington State. Making matters worse, he moved to Connecticut after meeting his too-good-for-him wife. Drawn by the Rockies and a mild climate, he triumphantly returned and settled down back in Boulder County. He's written numerous screenplays, loves hiking, and embarrassed himself in front of Samuel L. Jackson. True story.
Tagged: charlotte gainsbourghossein aminij.k. simmonsmichael fassbenderpeter straughanrebecca fergusonsoren sveistrupthe snowmantomas alfredsonval kilmer