Charlie Blackmon – One of a Kind? → blackmon1 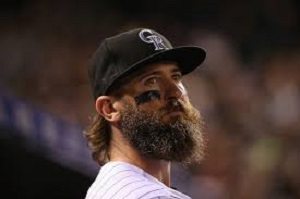