Our great literary lights are very often, shall we say, “lacking in superfluous vigor”? So many have been indoorsy, reclusive navel-gazers, with biceps as thin as their pencils and a severe tendency to dwell in their fevered imaginations. Nobody would mistake Charles Dickens for an outdoorsman or Herman Melville for a great party guest. Stephen King doesn’t prompt ideation about feats of strength.  Of course, until I have written, published, and achieved universal renown as the author of the Great American Novel, I really can’t throw many stones at any other writer.  But I do hold that we need more quill-wielders in the vein of Mark Twain, Walt Whitman, and Ernest Hemingway: folks who did things away from their writing nooks! And, my gosh, do I wish that I had a list of women who come to mind when “roughhousing writers” is uttered. What we really need is someone who is not afraid to turn writing into bloodsport. What we need is a literary Tyler Durden. 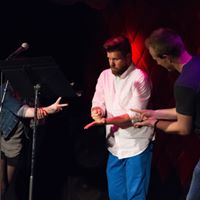 Well, thank the gods and muses, we have one! We have several, actually. It’s called Write Club and “Tyler Durden” is a conglomerate of several people, none of whom have a totally ripped six-pack, but all of whom can scribble out a compound-complex sentence in less time than it takes to swipe right on a questionable dating choice. They can’t bench press Usain Bolt, but they can conjugate three pluperfect verbs from a standstill in 9.7 seconds. More importantly than all this, they do it in direct and ferocious competition, in a public arena, where we can all watch from the safety of the splash zone. 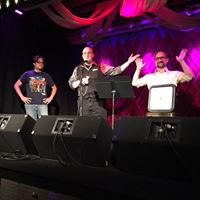 How does such a thing work? You start with six writers, three bouts, and one theme. The theme informs all three bouts, which are given subordinate topics, and then assigned to dueling writers. If the theme is, for example, Romeo & Juliet, the bouts might be titled “Love vs Death,” “Dagger Vs Poison” and “Rebellion vs Obedience.” The six writers then pair up and face off, one taking each half of the bout and competing for Loving Cup of Deathless Glory.

They have seven minutes to read aloud their original piece and win the audience over to their side. Time is kept by a large and aggressive clock that counts down to a brash alarm and cuts off the reader in mid-sentence. Score is kept by the audience, which records their approval in applause. Ties are broken by one pre-selected tie-breaker individual in the audience who is assumed to be unbiased. There are three winners, three losers, and an astronomical body count. It’s wonderful. 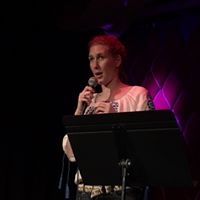 Tyler Durden called me up last summer. Well, actually, Joy Carletti called me up. I was mildly disappointed. She’s a delightful person, but when you’re hoping that Brad Pitt will call you up, anybody else is a disappointment. Write Club is always seeking more combatants and Joy asked if I’d like to write something and compete. The answer to that question is always, “Hell, yes!” She paired me up with her husband, Colin McCarthy, another of the co-producers, and we ripped each other apart until only a participle remained dangling. I won. Of course. (Sorry, not sorry, Colin.) I took a shot out of my Loving Cup of Deathless Glory because it’s barely big enough to hold an ounce of vodka.

This all might sound too good to be true: prizes, competition, original literature, trophies. But it’s not! It’s happening 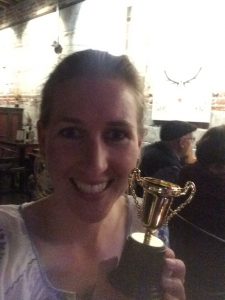 right here in Denver! And to make it one better, a cut of the proceeds go to the charity of the winner’s choice. Every month, the bloodlusty literature junkies of the Front Range gather together at the Syntax Physic Opera to engage in their duels and drink to their opponents’ demises. The competitors disprove the “introspective recluse” theory of writers and put the “active” in “active voice.” We’re not famous…yet. When we are, we’ll be known as the 21st Century Hemingways. The Brawling Brahmins of Composition. The Furious Fighters of Dissertation.

When can you see such a delight? The next event happens this week on April 5! This show is selling out faster and faster. Show up early to have a drink beforehand because you might have trouble getting in later.

There will be blood.

Jessie Hanson
Jessie Hanson lives and works in Denver and couldn't be happier about it. Like the best-possible kind of Jekyl-and-Hyde scenario, she splits her life between science and storytelling. During the day, she performs clinical diagnostics and messes around with test tubes. At night, she performs behind the mic as a standup comedienne, in the air as a circus aerialist, and in rhinestones as burlesque dancer. She begrudges the hyper-inflated cost of a decent pair of false eyelashes. When she's not on stage, she sweating it out as an endurance athlete in triathlons and marathons across the West. She begrudges the hyper-inflated cost of a decent pair of running shoes. She's thrilled to be on board with OnDenver and writing about science, comedy, circus, athletics, and general fun on the Front Range!
Tagged: competitionliteratureSyntax Physic OperaWrite Club