There’s A Pill to Reduce The Risk of Contracting HIV 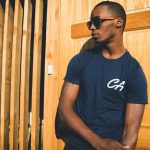 Did you know there is a drug available in the U.S. designed to prevent HIV infection? PrEP, or Pre-Exposure Prophylaxis, is anti-HIV medication to keep HIV negative people from becoming infected. PrEP is approved by the FDA and studies have shown that PrEP reduces the risk of getting HIV by more than 90% when used consistently. Over one million Americans have HIV, according to the CDC, and African Americans are more likely to be impacted by HIV than any other group in America.  Seventy-five percent of the new HIV cases diagnosed in 2016 were African American men aged 13-34. Of the 500,000 African... Read More

Tagged: There’s A Pill to Reduce The Risk of Contracting HIV