Posts Tagged With ‘ the beach house ’ 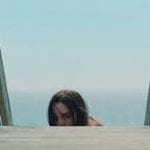