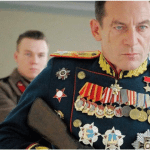 I’m writing this on Saturday, March 24. A day earlier, President Donald Trump signed a $1.3 trillion spending package into law. He almost didn’t sign it, and as usual, a bunch of drama started with a tweet. After serious negotiations between Republicans and Democrats to avoid the third government shutdown this year, an omnibus spending bill was cobbled together. Nobody was entirely happy with it, which means it was a fair piece of legislation. The President was ready to sign it…until he wasn’t. He tweeted that he was considering a veto, which would have caused another shutdown. For... Read More