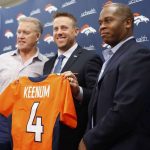 After signing Case Keenum to a two-year contract and passing on a quarterback in the draft, how do the Broncos compare to the other 31 teams at the quarterback position for the next few years.  The ranking below.       Green Bay – They have Aaron Rodgers, enough said. New England – Tom Brady stars as Benjamin Button. New Orleans – Drew Brees signed a two-year extension worth $50 million, the Saints are fine. Seattle – Russel Wilson is only 29 years-old, has gone to four Pro-Bowls, and has already won a ring.  They’re good. Detroit – The franchise has issues, but Matthew... Read More 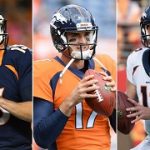