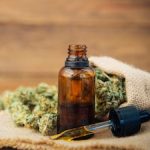 When it comes to cannabis products there is a lot to discuss. Options and availability are growing across the world and the number of canna-curious and new users are increasing rapidly. With so many different products it can be overwhelming to understand which product may be best for you. For millions of years, people and animals have been equipped with their own endocannabinoid system that regulates countless functions for overall health and wellness within the body. We have been designed to receive essential cannabinoids for centuries. This is why supplying our bodies with the essential compounds... Read More

Cannabis for Your Pets

Chances are you have a furry member of your family. All mammals have an ednocannabinoid system to help maintain balance within the body and optimize proper functions.  Your furry friend can provide perks to your overall health and wellness too. This is probably one of the reasons 68 percent of all households in 2017 within the United States own pets.  Playing with animals, especially puppies, has been shown to increase levels of serotonin and dopamine, which are the hormones that make you feel good. When the hormones are released, it helps reduce stress levels and can help improve memory and... Read More

Living Diagnosis for Brain Injury on the Horizon 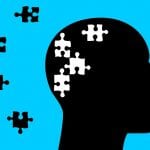 Brain injury has been a hot topic of conversation since Dr. Bennet Omalu, a forensic pathologist, conducted the autopsy of Pittsburgh Steelers center Mike Webster in 2002. The autopsy led to his discovery of a new disease that he named chronic traumatic encephalopathy, or CTE. CTE is the term used to describe brain degeneration likely caused by repeated head traumas. Symptoms of CTE include difficulty thinking, impulsive behavior, depression, short-term memory loss, emotional instability, substance abuse and suicidal thoughts or behavior. At present, diagnosing CTE can only be done after death.... Read More 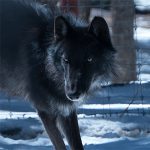 Colorado’s newest resident! Meet Amarok, a 3-year-old  Timber wolf who was recently rescued from the streets of Medellin, Colombia. Amarok was found roaming the streets of Medellin and was subsequently rescued by the Santa Fe Zoological Park. The park contains more than 1,000 animals from the Americas, Africa, and Asia, yet Amarok was the first wolf ever to be taken in at Sante Fe. As wolves are not native to Colombia, the zoo suspects he was the victim of the tragic illegal wildlife trade (a billion dollar industry that spans the entire world). Due to the zoo’s lack of resources and experience... Read More