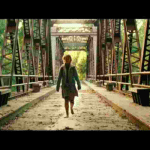 Too many movies take their time when they don’t really need to. For example, I read recently that the upcoming Avengers: Infinity War has a running time of two hours and thirty-six minutes. If you’re a fan of the MCU, that’s probably fine and dandy news. If you’re a casual filmgoer, nearly three hours of superhero shenanigans just might make you want to head for a desolate mountain cave and embrace a life as a hermit. I get it, a story is ultimately as long as it needs to be. Only that’s not always correct. I can think of a few movies I’ve seen over the last couple months that could... Read More