No Date for the Dance 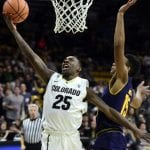 Selection Sunday has come and gone, and the Colorado Buffaloes failed to earn an invite to the 2019 NCAA Basketball Championships.  Proponents argue that the Pac-12 was immensely weak this year, the Buffs strength of schedule was poor, and the team lacked quality wins.  Compound that with a bad loss to Washington State and a limited number of spots, and the snub was more than expected. But I have seven, completely unbiased reasons why the NCAA Selection Committee should have had the Buffs dancing in March. 21 Wins – Colorado finished 21-12. While you can downplay the achievement with a schedule... Read More

The Buffs Make it to a Bol Game 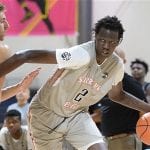 The Colorado football team may have disappointed with their late season collapse, but that doesn’t have to mean the absence of a Bol game.  A game that features University of Oregon’s Freshman sensation, Bol Bol that is.  While the basketball game doesn’t take place until February 2nd, the hype surrounding Bol is turning into must-see-tv. Listed at 7’3, Bol is averaging 21 points, 10 rebounds, and 3 blocks a game in what most assume will be a one-and-done season at Oregon.  But if you’re asking whether Bol will be a “project” at the next level, it’s time for a history lesson. Bol’s... Read More