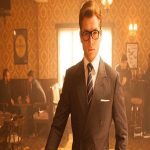 Hollywood is built on sequels. For decades, studios have ruthlessly focused on IP’s and searched for profitable films that can be milked for additional installments. For decades, critics have gnashed their teeth and bemoaned the lack of originality in filmmaking. For decades, audiences have complained about Hollywood never doing anything new and then subsequently flocked to the theaters to catch the latest Star Wars installment.* All of that must mean that sequels are bad, right? Well…not necessarily. They can be bad. Jaws 2 and onward are godawful. Speed 2: Cruise Control is... Read More