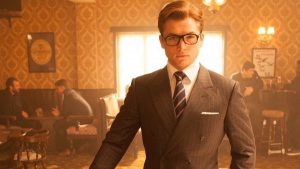 Hollywood is built on sequels. For decades, studios have ruthlessly focused on IP’s and searched for profitable films that can be milked for additional installments. For decades, critics have gnashed their teeth and bemoaned the lack of originality in filmmaking. For decades, audiences have complained about Hollywood never doing anything new and then subsequently flocked to the theaters to catch the latest Star Wars installment.*

All of that must mean that sequels are bad, right? Well…not necessarily. They can be bad. Jaws 2 and onward are godawful. Speed 2: Cruise Control is an embarrassment. We could go on. The flip side is that sequels can act as a way to expand a story or the journey of certain characters. As the resident Marvel Cinematic Universe apologist around these parts, I look at all of the movies in the MCU as chapters within a vast ongoing saga. You could say the same thing about The Lord of the Rings trilogy or The Godfather films.

I think when it comes to sequels, the first thing to ask yourself is, “Is this necessary?” The second thing to ask is, “Is this enjoyable anyway?” Ghostbusters II is neither necessary nor enjoyable. Ocean’s 12 is unnecessary but still enjoyable. In 2015, Kingsman: The Secret Service was released. It was a cheeky and R-rated riff on the Bond movies, chock full of crazy action, f-bombs aplenty, and jokes about anal sex. The film turned a healthy profit, and as surely as night follows day, a sequel was greenlit. That sequel is Kingsman: The Golden Circle. Is it necessary? Oh, ho ho ho, no, not at all. But it is enjoyable, for the most part.

I could recap the first film, but it would take too long. If you haven’t seen the Secret Service, maybe give that a watch before checking this film out. All caught up? Excellent! Our hero Eggsy (Taron Egerton) is now a full-fledged Kingsman agent, with all the perfectly tailored Saville Row suits and ridiculous gadgetry that entails. Personal relationships are frowned upon, but Eggsy has gotten into an un-Bond-like monogamous relationship with Swedish Princess Tilde (Hanna Alstrom). He’s on his way home to meet his lady love for dinner, but he’s attacked by Charlie (Edward Holcroft), a past Kingsman washout and current cyborg assassin. A fistfight/car chase combo breaks out to the strains of Prince’s “Let’s Go Crazy.” So far, so good.

Is the attack connected to a larger conspiracy? Naturally! Charlie is in the employ of Poppy (Julianne Moore), a chirpy megalomaniac living deep within the jungle in a 50’s themed settlement. Poppy has two plans. First, she wants to eradicate Kingsman to stop them from investigating her organization. She does so by firing numerous missiles to wipe out the entire organization. This goes smashingly, with everyone being blown to hell with the exception of Eggsy and Merlin (Mark Strong), his faithful tech wizard.

The infrastructure of their group shattered, Eggsy and Merlin need help. They find it in Kentucky, where their American counterparts, Statesman, are located. Remember how Kingsman is a bunch of Roger Moore clones named after the Knights of the Round Table? Well, the agents of Statesman are headquartered in a whiskey distillery, dress as cowboys,** and have codenames based on alcohol. There’s Tequila (Channing Tatum), who’s basically just a dude with a rifle,  Whiskey (Pedro Pascal), who’s basically just a dude with a lasso and whip, and Ginger Ale (Halle Berry), their tech support. The boss is Champagne (Jeff Bridges), who really prefers to be called Champ. Oh, yeah, remember Eggsy’s mentor Harry (Colin Firth) from the first film? Remember how he was literally shot in the head? It turns out that headshots, instead of causing nigh-instantaneous death, actually caused Harry to become an amnesiac. He’s emotionally regressed to his 20’s and dreams of becoming a lepidopterist, and he’s living in a padded cell, courtesy of Statesman.

Remember how I mentioned that Poppy has two plans? Her second plan is…actually, kinda brilliant. She’s the world’s biggest drug dealer, but all of her supply has been infected with a fatal virus. Turns out Poppy conveniently has the only antidote, and she offers the American President (Bruce Greenwood) a simple bargain. If he agrees to end drug prohibition, she’ll release the antidote and save the lives of millions of drug users. But what happens when the President wants to win the drug war by letting all the addicts die? How can Eggsy save the day and restore Harry’s memory? How does Elton John fit in?

Kingsman: The Secret Service was a fun and filthy romp that neatly tied up all of the story threads by the end of the film. It could have been a perfectly fine one-and-done, and it’s not like the characters were so profoundly layered that additional aspects of their psyches required examination. I mean, I liked it and I was satisfied with what it delivered. Kingsman: The Golden Circle doesn’t push the story in fascinating new directions or introduce previously hidden aspects of our beloved heroes. Instead, it just does the same thing as the first film, only bigger and more of the same.

Matthew Vaughn returns as director, and I’m pleased with that, though I have reservations. On the one hand, Vaughn’s films are energetic, creative, and he’s willing to take standard genre tropes and push them in fun new directions. On the other hand, he’s made a boisterous action film that, at two hours and twenty-one minutes, is decidedly less boisterous than it should be. The pacing drags in numerous spots and easily 20 minutes, if not more, could be cut.

Vaughn also returned to write the script, as did Jane Goldman. If you saw the first film, you might remember a recurring undercurrent of gleeful filth, in which the subtext of the Bond films was turned into gloriously profane text. If anything, there’s more of that here. For example, there’s a sequence where Eggsy is tracking the girlfriend of a henchman. He’s got to implant a bio-tracker within her mucous membrane. No, not up her nose. The tracker rests upon a small latex sheath on Eggsy’s finger, and we see the camera following Eggsy’s finger down the woman’s belly and, through the magic of CGI, inside her. Yes, this is in spectacularly poor taste. It’s also spectacularly audacious, and in a perverse way, I admired Vaughn and Goldman’s commitment. Bear in mind that criticizing the Kingsman movies for their vulgarity is like criticizing Die Hard for having too much gunplay. It’s a feature, not a bug. However, the first film also balanced it out with some genuine moments of heart, and there’s simply too much flab here to make the attempted emotion register.

How’s the cast? They’re fine, for the most part. I should warn you that Jeff Bridges, playing yet another marble-mouthed redneck, appears in basically an extended cameo. Along similar lines, Channing Tatum spends the majority of the film as a dudesicle, despite the trailer’s implication that he plays a major role. Surely Academy Award winner Halle Berry has lots to do, right? Nah, bruv. I’ll say that Mark Strong is entertaining, as usual. Taron Egerton throws himself into the action and the emotion of the role, and he’s maybe a little bit better than the material deserves. I also enjoyed Pedro Pascal channeling the essence of 1970’s Burt Reynolds. It pains me to say, however, that Julianne Moore is not so great as the big bad. I love her, ordinarily, but she comes off a bit flat as Poppy. My gut tells me that a rewritten role would have served her better.

One of the best details of Kingsman: The Secret Service is, in the midst of all the mayhem, there’s some sneaky commentary about the class structure in English life. It’s an action film that not only has something to say, but also is willing to get creative with the spy genre. Kingsman: The Golden Circle just tries to jack all of that up to eleven. Apparently, Vaughn is working on a third installment. At this point, I’m not sure whether to be excited or irritated by that. He’s a good filmmaker, and he can absolutely do better than this.

*As Americans, we’re not much for intellectual consistency, are we?

**One of the aspects I love about this film is the idea that Southern culture and Western culture are treated as pretty much the same thing.

Tim Brennan
Tim has been alarmingly enthusiastic about movies ever since childhood. He grew up in Boulder and, foolishly, left Colorado to study Communications in Washington State. Making matters worse, he moved to Connecticut after meeting his too-good-for-him wife. Drawn by the Rockies and a mild climate, he triumphantly returned and settled down back in Boulder County. He's written numerous screenplays, loves hiking, and embarrassed himself in front of Samuel L. Jackson. True story.
Tagged: channing tatumcolin firthhalle berryjane goldmanjeff bridgesjulianne moorekingsman: the golden circlemark strongmatthew vaughntaron egerton