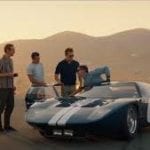 One of the keenest pleasures found in moviegoing is that of competence porn. A great comedy can flood your brain with endorphins, a solid horror movie can unnerve you days after you saw it, and the right drama can restore your faith in the essential decency of humanity. Even the much-maligned superhero genre can, when executed properly, provide viewers with something mythic. That’s all well and good, but I really dig films about smart people doing a particular job with intelligence and competence. Consider Apollo 13, a film I absolutely adore. On the one hand, I understand perhaps 25 percent... Read More 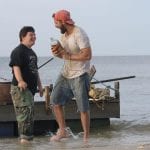 To say that Shia LaBeouf has had an unpredictable career would be an understatement. Consider that, at ten years old, he attempted to launch a stand-up comedy career. From there, he became a Disney Channel wunderkind, and younger audiences were the first ones to witness his talent. I can hear between guffaws, many of you saying, “Talent?! Pshaw! He was in the godawful Transformers movies! He was in the only terrible Indiana Jones film! He went crazy in public! Maybe lay off sniffing glue before you write your reviews, okay?” With the exception of the sniffing glue thing, all of that is true. Strip... Read More

I Think I Love Baby Driver More Than My Family 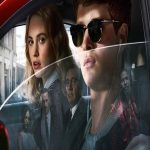 Everybody’s got a personal soundtrack in their head. I think we all do. Sure, the music is always different. You might walk into a party, your mood is up and your adrenaline is starting to rise, and Legend Has It by Run The Jewels is on a loop in your cerebral cortex. Maybe you see your significant other, or somebody you hope will be your soon-to-be significant other. The light hits them just right, you catch them at the perfect angle, and one of the countless versions of My One and Only Love floods your brain on a wave of endorphins. Even if you’re not a card-carrying music nerd,... Read More

In the end, it’s all about the buy in. Maybe you can accept a grown man running around in an American flag costume smashing people in the face with an indestructible shield. Perhaps you absolutely can’t accept that, yet you’re okay with a Catholic married couple who are also ghost hunters. You might have a positive or negative reaction to a trailer. You might even hear just the premise of a film, and you make a split-second decision. It’s hard to say what we’ll accept when it comes to movies. My good friend Devila loudly and unapologetically scoffs whenever she... Read More