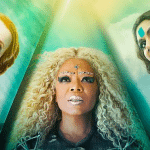 We need Fred Rogers these days, or someone very much like him. If you’re a younger reader, you can be forgiven for not knowing his work, since he’s more of a contemporary for those of us of a certain age. But his refreshing lack of cynicism is a warm and safe hug, something that effortlessly passes beyond a single generation. Rogers was the creator and star of Mister Rogers’ Neighborhood, a children’s program that ran for decades on public television. During each half hour episode, there were puppet shows, tours of factories and experiments, and Rogers himself. He would simply and honestly... Read More