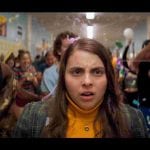 In our own ways, we all have power. From petitions, to marches, to your own creativity, everyone has the power to push the needle in a positive direction. Film has a power that’s mighty, and one of my favorite things is championing a film, getting absolutely blissed-out, and transforming into a cinematic evangelist. The right film can open eyes, change a life, and make the unbearable a little easier to bear. But what if you had the power to prevent a great film from becoming a train wreck? Office Space and Clue are some of the most beloved comedies ever made. They were also disasters at the box... Read More

All She Can Do Is Save the World 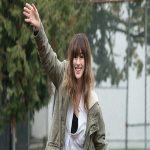 Making a good movie is monstrously difficult. First, you need a script that has compelling characters and an interesting plot. After that, you need a talented director and crew to bring the script to life and create a world that feels emotionally real. After that, you need the right actors to give the various roles energy and depth. It’s a miracle when all of those disparate elements come together in harmony. Every year, every single year, films are made and released that go beyond good. They’re special. While you’re watching them, you can feel a realization blooming deep inside... Read More