Home » Blog » Movies » All She Can Do Is Save the World

All She Can Do Is Save the World 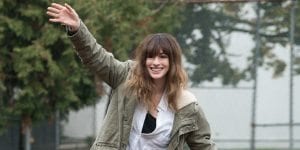 Making a good movie is monstrously difficult. First, you need a script that has compelling characters and an interesting plot. After that, you need a talented director and crew to bring the script to life and create a world that feels emotionally real. After that, you need the right actors to give the various roles energy and depth. It’s a miracle when all of those disparate elements come together in harmony.

Every year, every single year, films are made and released that go beyond good. They’re special. While you’re watching them, you can feel a realization blooming deep inside you. Oh man, you think to yourself, this is one of the great ones. Here’s the thing though. Financial success is not necessarily a mark of quality. Sure, The Avengers made a trainload of cash, and it’s unquestionably an all-timer. But then there’s Avatar, which made over a billion dollars and is, at best, a pretty good movie.

However, we know that the major studios are risk averse. It’s so often the smaller films that give us the greatest viewing pleasures. Films like The Assassination of Jesse James by the Coward Robert Ford, The Descent, and Green Room. These, and other films like them, have their passionate defenders. Viewers stagger outside after seeing them, gobsmacked. They want to grab the nearest person and screech, “YOU HAVE TO SEE THAT.” That’s precisely how I feel about Colossal. I need you to see it. Yes, you.

We’re introduced to Gloria (Anne Hathaway), a professional blogger living in New York City. Well, a formerly professional blogger, considering she’s been fired, and now spends her time getting blackout drunk. Her long-suffering boyfriend, Tim (Dan Stevens), has had enough. We can sense they have had the same conversation repeatedly, and Tim breaks up with her. He packs her possessions into two pitifully small suitcases and kicks her out of his apartment.

Gloria slinks back to her small and nondescript hometown. Her parents have retired and moved south, but they have left their house vacant. In a subtle and effective moment, we see Gloria walking through the empty house, making footprints in the dust. She runs into Oscar (Jason Sudeikis), a friend from childhood. She’s obviously a mess. He wants to help, and he’s a nice guy. Maybe too nice. Since he runs a bar, he offers her a job, giving her an opportunity to graduate from a gifted amateur to a professional alcoholic. Gloria accepts and quickly joins Oscar and his fellow barflies, the painfully innocent Joel (Austin Stowell) and twitchy philosopher Garth (Tim Blake Nelson).

Patterns continue. She drinks, blacks out, wakes up in pain, and is reminded of things she said and did that she cannot remember. Then, she discovers something…odd. When she stands at a particular spot at a playground at 8:05 in the morning, a skyscraper-sized kaiju appears in Seoul, South Korea, and begins laying waste to the city. Gloria has a particular nervous tic, an itch on the top of her head. The beast mirrors her movements and gestures. However, when she stumbles home drunkenly, she’s simply an embarrassment. When the kaiju stumbles through Seoul, people die and buildings are ruined.

That’s a lot to take in. Why is it happening? What does it mean? It forces her to take an unflinching look at herself, and the people she’s surrounding herself with. I should also mention that one other person can do what she does. That’s Oscar, and now an immense mecha is appearing in Seoul, alongside the kaiju. Oscar’s life hasn’t gone according to plan, and he becomes disturbingly comfortable with wreaking havoc simply because he can.

Let’s get something out of the way. If you’re looking for a giant monster spectacular along the lines of Godzilla or Pacific Rim, this film is not quite what you’re looking for. There are crowds of panicking civilians, the apocalyptic thoom of giant footsteps, and widespread destruction. The kaiju and mecha are unquestionably cool, and the battles are a lot of fun. But Colossal is interested in a different breed of monster.

Spanish director/writer Nacho Vigalondo has found a very particular filmmaking niche that pays off big-time. He’s comfortable with genre concepts like giant monsters, alien invasions, and time travel. Vigalondo is able to cleverly meld those big ideas with an enormous amount of empathy, and pay them off as unsubtle but powerful allegories.* Gloria’s kaiju isn’t just a horned monstrosity. It’s her obliviousness of the damage left in her wake when she drinks.

Vigalondo is just as talented a writer as he is a director. His script is full of humor, but the laughs come from a place of love. A love of his characters, rom-coms, giant monsters, people in general. You can feel his glee at concocting this bananas scenario that never quite goes in the direction you expect it to. He also goes out of his way to make his characters three-dimensional.  A lesser filmmaker would have portrayed Oscar as simply a misogynist. But Vigalondo knows that Oscar hates himself and his failed potential far more than anything else.

The performances are excellent across the board, but there are two that stand out. Jason Sudeikis paid his dues on Saturday Night Live and went on to act in a number of films like Horrible Bosses and We’re the Millers that don’t reflect his talent. As Oscar, Sudeikis is incredible. If you’re a woman reading this, I’m willing to bet that you’ve dated or been hit on by a guy like Oscar. He’s the nice guy who goes out of his way to be helpful, but you can sense an undercurrent of neediness. He’s thoughtful, but it’s always a little conditional and manipulative. The only thing missing is a fedora and a plethora of milady’s.

I feel like several million people need to line up and apologize to Anne Hathaway. Her range is nothing short of astonishing, considering she’s played a princess, a cat burglar, a prostitute, an astronaut, and a drug addict. She won an Academy Award for her role as Fantine in Les Miserables. So why was there such as backlash against her for so long? There are other actors who could have played the role of Gloria, and done it justice. But Hathaway has such skill portraying her as a screw-up, but infusing her with charm and intelligence. She knows she’s on a self-destructive path, and watching her gradually get her act together is uplifting.

Now for the bad news. Colossal is now in wide release, on the very same weekend that The Fate of the Furious has been released. As the eighth film in the Fast and Furious franchise, this blockbuster will make literal tons of money. Colossal is too good a film, too weird, too special to be buried in the wake of a blockbuster with cars and explosions. There’s nothing wrong with those kinds of visceral pleasures. But see it next weekend. It doesn’t need your immediate support. Instead, if you’re one of those people who complains that Hollywood keeps making the same movie, put your money where your mouth is. Go see Colossal.

*Remember, allegories and metaphors don’t have to be subtle in movies. They just have to be effective.

Tim Brennan
Tim has been alarmingly enthusiastic about movies ever since childhood. He grew up in Boulder and, foolishly, left Colorado to study Communications in Washington State. Making matters worse, he moved to Connecticut after meeting his too-good-for-him wife. Drawn by the Rockies and a mild climate, he triumphantly returned and settled down back in Boulder County. He's written numerous screenplays, loves hiking, and embarrassed himself in front of Samuel L. Jackson. True story.
Tagged: anne hathawayaustin stowellcolossaldan stevensjason sudeikisnacho vigalondotim blake nelson