This Mother’s Day, Give Her the Gift of Robbery 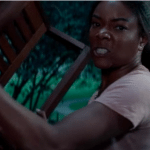 All of us have movies that, through their cinematic magic, burn themselves into our memories. The “how am I funny” scene from Goodfellas. The graduate level screwball comedy of Clue. The wrenching third act of Avengers: Infinity War. Even if you’re not a film nerd like me, I’m willing to bet copious amounts of folding money that there’s a film out there that took root in your brain. Most movies aren’t like that, though. In 2016, over 700 films were released theatrically in American theaters. That number doesn’t take into consideration streaming platforms like Netflix and Hulu that... Read More