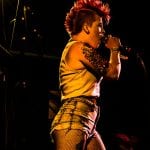 The Underground Music Showcase has announced its 2019 lineup! This gargantuan festival takes over South Broadway with hundreds of bands, dozens of venues, and three days of madness. It’s problematic to call any one festival the best, but if you said UMS was the greatest thing to hit Denver each year, I wouldn’t argue too much. It has the biggest lineup by far and showcases as many local indie bands as humanly possible. You know when you ask someone what kinds of music they’re into and they say “everything,” and you’re a little skeptical of the way they casually throw... Read More