Posts Tagged With ‘ ghost in the shell ’ 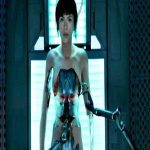 What do we mean when we talk about whitewashing? It’s a practice that’s been around since the beginning of cinema, and it’s the practice of casting white actors in roles that were either originated by non-white actors or should have been played by non-white actors. Maybe when you hear that term, you think of older films from a less enlightened time.* Examples like whites in blackface in Birth of a Nation, Mickey Rooney’s breathtakingly racist portrayal of a Japanese man in Breakfast at Tiffany’s, or Natalie Wood playing a Puerto Rican teen in West Side Story.... Read More