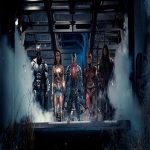 Movies make a promise. Good movies keep them. In one of the early scenes in John Wick, a dipstick gangster and his boys break into the home of a nobody. They beat the nobody, steal his car, and kill his dog. Just another day at the office, right? Not quite. The gangster’s father is a crime lord. He explains to his son that they just made an enemy of the most feared assassin alive. “John wasn’t exactly the boogeyman. He was the one you send to kill the f—ing boogeyman.” That scene sets up an expectation for the audience. It tells us: You just saw an absurdly cute... Read More