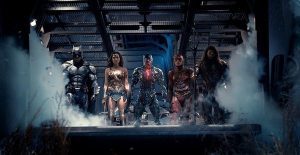 In one of the early scenes in John Wick, a dipstick gangster and his boys break into the home of a nobody. They beat the nobody, steal his car, and kill his dog. Just another day at the office, right? Not quite. The gangster’s father is a crime lord. He explains to his son that they just made an enemy of the most feared assassin alive. “John wasn’t exactly the boogeyman. He was the one you send to kill the f—ing boogeyman.”

That scene sets up an expectation for the audience. It tells us: You just saw an absurdly cute puppy get killed. Don’t worry, because there will be vengeance delivered on a Biblical scale. That’s the good news, and the great news is that John Wick delivers. Promise kept. But what happens when a movie makes a promise and doesn’t deliver on it, or worse, makes a promise that audiences hate?

In 2013, Man of Steel was released. A slick retelling of the Superman origin, we were given massive superhuman combat, ponderous speeches, and a Last Son of Krypton who seemed a little bummed out by the whole superhero thing and snapped the neck of his archenemy. After that, we got Batman v. Superman: Dawn of Justice in 2016. This film threw down the gauntlet to Marvel Studios, promising the audience an extended universe featuring the world’s greatest superheroes. It delivered a mess of a story, a Batman that’s just this side of being a serial killer, and a Superman who seemed to be seriously reconsidering the whole truth, justice, and the American way thing.

It made money…initially. In its opening weekend, BvS earned $166 million, the eighth biggest opening of all time. The following weekend, it experienced an 82.1% drop in box office earnings on Friday and a 68.4% drop for the weekend, despite having no competition whatsoever. Why did it underperform so badly? My two cents is that audiences love these characters, and love seeing them together. Supes and The Bat are two sides of the same coin. Light and dark. They both want to fight the good fight, but their methodologies and philosophies are very different. But BvS gave us a guy who’s pretty dark…and another that’s even darker! Promise broken.

Executives at Warner Brothers could surely hear the mockery coming from Marvel Studios. So they did what everyone in Hollywood does when confronted with a problem. They panicked. Reshoots were ordered on Suicide Squad to add more jokes and to lighten the tone. Despite being savaged by critics, it was the 10th most profitable film of 2016. Earlier this year, we were treated to Wonder Woman. It was light, fun, inspirational, and gave us a pitch-perfect Wonder Woman. Warner Brothers learned that, for the most part, audiences want to have fun at their superhero movies.* What a shocker, and that’s why the latest entry in the DC Extended Universe, Justice League, represents a massive course correction.

We begin with our old pal Batman (Ben Affleck), beating the stuffing out of a luckless hood.** He’s interrupted by a Parademon, an insectoid flying beastie that impolitely attacks him. After taking out the fiendish thingie, Bats is reminded of ominous dreams he had during the events of BvS, and his faithful butler Alfred (Jeremy Irons) reminds him that this sighting isn’t the first one. Ordinarily, this kind of thing would be in the wheelhouse of Superman (Henry Cavill), but he’s inconveniently “dead,” having been killed at the hands of a cave troll…sorry…the Kryptonian monster Doomsday. But Batman, being Batman, has a plan.

He’s teamed up with Wonder Woman (Gal Gadot), and they’re putting together a team of metahumans to deal with the looming threat. The Flash (Ezra Miller) is in. He’s a neurotic goofball and speedster with a father (Billy Crudup) in jail for a crime he didn’t commit. Cyborg (Ray Fisher) is on the fence about the whole thing. After an accident, his genius father grafts cybernetic implants onto him to save his life, making him a…sing it with me…cyborg. Aquaman (Jason Momoa) is definitely not interested. This King of the Seven Seas guzzles whiskey, speeds through the ocean like a torpedo, and resents being asked if he talks to fish.

This team of super friends needs to get with the program, though, because Steppenwolf (Ciaran Hinds) is coming. He’s looking for three Mother Boxes. One is with the Amazons, one is with the Atlanteans, and one has been hidden by humans. If Steppenwolf gets his paws on them and manages to combine them, he gets to do the “I have ultimate power and will turn the Earth into a smoldering hellscape” dance. You can see how that would be a problem.

Perhaps it would be an understatement to say that Justice League had a troubled production. Director Zack Snyder suffered a family tragedy during production. He understandably stepped away, and Warner Brothers required the services of Avengers writer/director Joss Whedon to handle finishing the film. The end result is somewhat of a patchwork blockbuster, where we have the highly impressive visuals of Snyder colliding with the bouncy dialogue and group dynamics of Whedon. It sometimes feels a little clunky, and the pacing often feels a bit too rushed. But when Justice League works, it’s fast, fun, and funny.

The script by Whedon and Chris Terrio is blazingly obvious in its themes, and I’m completely okay with that. Not everything needs to be subtle, and superheroes are a great delivery system for weightier philosophical concepts. The screenplay also does one thing very right, and another very wrong. The group dynamics on display here are aces. We’ve got a grumpy Batman who might be assembling a team just so that he can have friends, a Wonder Woman coming to terms with being an inspiration, a Cyborg coming to terms with being a misfit, a Flash nerding out at this wider world he’s gotten into, and an Aquaman easing off on being a loose cannon. Watching these characters bounce off one another is entertaining, and the best parts of the movie are the small moments like Aquaman’s unexpected honesty toward the group.

However, we also have a serious villain problem. As a bad guy, Steppenwolf straight up sucks. It’s not the fault of the talented Ciaran Hinds, who does precisely what is asked of him. Instead, we’ve got a generic antagonist who wants to destroy the world with his army of disposable CGI critters. Consider Loki in The Avengers. He’s trying to conquer Earth because of resentment towards his brother, Thor. Recognizable human motivations are what elevate villains, and there’s nothing recognizably human with Steppenwolf beyond goofy speeches.

That’s okay, because the lion’s share of the movie sticks with the League, and with one exception, they’re all having a blast. Jason Momoa’s Aquaman is highly entertaining, swaggering through the film like he owns the place. Ezra Miller’s Flash feels like a rip-off…I’m sorry…homage to Spider-Man in Captain America: Civil War with his non-stop wisecracks. I’m comfortable with that since most of his gags are amusing. As Cyborg, Ray Fisher’s role is a bit of a deus ex machina, but he’s got a low-key charisma that’s appealing.  The star of the movie is Gal Gadot as Wonder Woman, and while she occasionally comes off as a mothering influence to the egos bouncing around her, her Diana is regal, powerful, and possessing the moral compass of a true hero.*** Props must also be given to Henry Cavill, who finally is allowed to portray Superman properly. It only took two and a half movies to show the Man of Steel as a guy that’s confident, warm, and just wants to help. Hey, I’ll take what I can get.

But what about Batfleck? That’s the thing, guys. On the one hand, I still stand by my assertion that Affleck is the definitive big screen Batman. He’s got the physicality to believably punch fools in the head, the intelligence to be the smartest guy in the room, and a sly sense of humor that peeks out when least expected. When BvS tanked, Affleck was unfairly saddled with a lot of the blame, and the guy has gotten so much flak that he reportedly hated making this film and is looking to exit the role of the Dark Knight. Affleck is a much better actor than he’s given credit for, and you’ll see that in other roles like The Accountant and Gone Girl. I worry that moving forward, we’ll never see a Batman movie that lives up to Affleck’s talents.

In the end, though, I’m thankful. I don’t know if the DCEU will have the same kind of longevity as Marvel Studios. I don’t know if audiences will embrace this iteration of these legendary characters. I don’t know if Warner Brothers will quietly call a mulligan and try to do it all over. What I do know is that Justice League is solid, a hell of a lot better than it could have been. That’s faint praise, but I genuinely enjoyed it, and I’m getting excited. That’s what happens when a promise is finally kept.

*I know, Logan is pretty weighty. Wolverine is a character that lends itself to dark and violent stories tinged with tragedy. Superman also experiences tragedy, but he rises above it while Wolverine wallows in it.

**Played by Holt McCallany who is crushing it on Netflix’s Mindhunter.

***I didn’t love how Gal Gadot was shot by Snyder. Read this fascinating article that goes into detail about the male gaze in Justice League.

Tim Brennan
Tim has been alarmingly enthusiastic about movies ever since childhood. He grew up in Boulder and, foolishly, left Colorado to study Communications in Washington State. Making matters worse, he moved to Connecticut after meeting his too-good-for-him wife. Drawn by the Rockies and a mild climate, he triumphantly returned and settled down back in Boulder County. He's written numerous screenplays, loves hiking, and embarrassed himself in front of Samuel L. Jackson. True story.
Tagged: ben affleckchris terrioezra millergal gadothenry cavilljason momoajoss whedonjustice leagueray fisherzack snyder