You Are Not Prepared 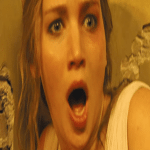 If you’re anything close to a movie nerd, you’ve probably seen references to CinemaScore. Let’s talk about what that is before we get to the subject of today’s review. CinemaScore is a market research firm out of Las Vegas. They perform audience surveys to rate their experiences in 25 major cities around the United States. Essentially, you’re given a card and asked to rate the film on a scale from A to F, whether or not you would buy the film on DVD, and why you chose to see that particular film. Bear in mind that it’s not necessarily an indicator of quality.... Read More