It’s time for the Super Bowl! I wonder how many of the athletes playing are consuming cannabis on a regular basis. Chances are, quite a few. Cannabis and football has been a hot topic over the past few years as more former NFL pros have come out of the green closet to advocate for its use as a medicine. Highlighted in Season 2 of the Netflix show, Disjointed, the Gridiron Cannabis Coalition got to make a public service announcement calling for the use of cannabis over opioids. The Gridiron Cannabis Coalition’s “mission is committed to the evolution of the natural healing elements... Read More 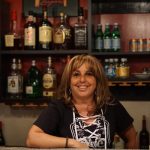