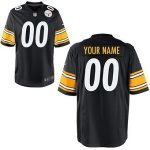 Just when you thought it couldn’t get any worse for the Denver Broncos, the Miami Dolphins and Jay Cutler added to our misery with an embarrassing 35-9 trouncing as the Broncos lost their eighth game in a row.  Miami came in with a five-game losing streak but their ineptitude was no match for Denver’s.  Trevor Siemian threw three interceptions, Isaiah McKenzie was given his job back as a punt returner only to fumble for the sixth time this season, leading to a Miami safety, and Matt Paradis continued the trend as he snapped the ball over Siemian’s head leading to safety number two. In a... Read More