Just when you thought it couldn’t get any worse for the Denver Broncos, the Miami Dolphins and Jay Cutler added to our misery with an embarrassing 35-9 trouncing as the Broncos lost their eighth game in a row.  Miami came in with a five-game losing streak but their ineptitude was no match for Denver’s.  Trevor Siemian threw three interceptions, Isaiah McKenzie was given his job back as a punt returner only to fumble for the sixth time this season, leading to a Miami safety, and Matt Paradis continued the trend as he snapped the ball over Siemian’s head leading to safety number two. 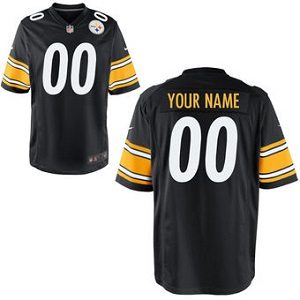 In a season that includes awful quarterback play, a minus-sixteen turnover-ratio, a fired offensive coordinator, and losses to the winless New York Giants, struggling Cincinnati Bengals, and a Dolphin team lead by Jay Cutler coming off concussion protocol, it is time to close the season on the 3-9 freefalling Broncos.

But now what?  Is Bronco Nation expected to stay miserable, support their team, and live through four more games of poor play and tanking?  Well, I’m not spending my Sunday’s getting hurt again, and I’m not turning off football to spend aimless hours at Home Depot. The Orange gave me no choice.  It’s time to cheer for my back-up team.  Here are the five rules for choosing a back-up team.

Relationships are difficult.  We love our Broncos but week after week they leave us disappointed and depressed.  With four games left, I’m not saying our relationship’s over…but I do think it’s time we start seeing other people.

Alan Tapley
Alan Tapley is an educator, author, and blogger who has lived just outside of Boulder for the last twenty years.  His published work includes two novels, two children’s books, a series of cartoons in the Minneapolis Star-Tribune, and multiple sports related articles. His love for family and the state of Colorado is only matched by one thing, his passion for sports.  The first baseball game he ever attended was at Wrigley Field, before there were lights.  At the final Bronco game at the old Mile High, he allegedly cut out a piece of his seat in the South stands.  But regardless of being here for the Avalanche’s last Stanley Cup, the Rockies only World Series appearance, and all the Broncos’ Super Bowl Victories, his wife never fails to remind him that he wasn’t at the University of Colorado in 1990, like she was.  The year the Buffs football team won the National Championship.
Tagged: bronco nationbroncosColoradoDenverDenver BroncosOn Denversports