The Ultimate Beer and Pretzels Game 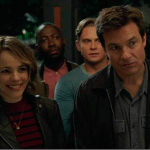 Has there been any movie genre more maligned recently than the studio comedy? Back in the day, movies with Eddie Murphy, Bill Murray, Chevy Chase and others were guaranteed to open to enormous business. They would stick around for quite a while and, if you didn’t like the looks of a particular one, no big deal. Another comedy would open soon. Things changed, and there’s a ruthlessly unfunny reason for that. Major studios don’t think regionally or nationally any longer, they think globally. Movie attendance in America has been steadily dropping, but attendance is huge elsewhere. The most profitable... Read More 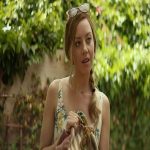 Post a pic or it didn’t happen. As of last month, there were a hair over 2 billion active users of Facebook. Maybe you’re not old and uncool like me, and you have better things to do than dwell on Facebook. Cool, because there are over 700 million Instagram users as of April. Maybe you’d rather insult your favorite celebrity? You can do that on Twitter with 328 million of your closest friends.* Maybe you don’t like social media. The omnipresent need to overshare every moment of your life. The gradual chipping away of critical thinking skills. The creeping fear that you’ll... Read More