She Hit a Stick 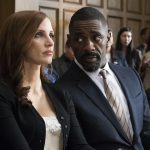 If you’re a screenwriter in Hollywood, a successful one, after a while you start to get the itch to direct your own stuff. Sometimes it works out. Look at Christopher McQuarrie. Other times it doesn’t. Look at Dan Aykroyd. Aaron Sorkin has likely felt the same way, and he’s seized his opportunity with his latest film Molly’s Game. A well-respected writer and producer for decades, he’s made a career out of being clever. Understand, there’s nothing wrong with that. Sorkin’s career exploded by writing the screenplays for films like A Few Good Men and Charlie Wilson’s War, along with... Read More